Wrap It Up: 15 (Better) Concluding Transitions

Think about your favorite TV series. Whether you’re old school and wait for a new episode each week or you prefer to binge-watch all seven seasons in one weekend, the harsh truth is that eventually your beloved series must come to an end.

Conclusions are important. And yes, they’re even important in essays. A poor essay conclusion in your history paper may not leave millions of people pondering your final thoughts. But it may leave your teacher questioning your writing style and choice of endings.

Don’t leave your readers asking, “Why on earth did they end the paper this way?” and don’t–please don’t–write “in conclusion.”

Wrap up your paper effectively by using one of these 15 (better) concluding transitions. 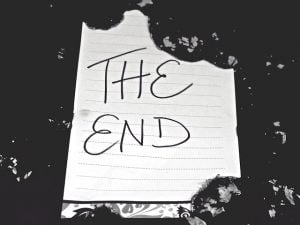 Have you ever read a classmate’s draft (maybe in a peer editing session in an English class, for instance) only to reach the end of the paper and wonder, “Wait. Did I miss something? Was that the end?”

If you’ve ever found yourself in this situation or if someone has said this about your draft, chances are the essay is missing a clear concluding transition.

Transitions are kinda like road signs. They let you know what to expect ahead.

You wouldn’t want to be humming along at 75 mph without warning of a hairpin turn ahead, would you? Of course not. And you don’t want readers to breeze through your paper only to reach an abrupt stop with no indication that your paper is about to end.

That’s where effective transitions come in.

Concluding transitions help readers prepare and let them know they’re reaching the end of the essay.

What’s Wrong With “In Conclusion”? 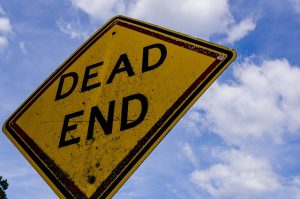 When you reach the end of your paper, it can be tempting to slap on “in conclusion” and call it good.

So how exactly do you smoothly transition from the body of your paper to the concluding paragraphs without writing “in conclusion”?

Here are 15 better concluding transitions to try out in your next paper.

Keep in mind that specific transitions often work for any variety of papers and essays. But I’ve organized this list of 15 concluding transitions by four different essay types to help you see how various transitions work for different types of writing.

The goal of an argumentative essay or persuasive essay is to convince your readers. Thus, you’ll want to use a concluding transition that emphasizes your arguments and further attempts to sway readers into believing the validity of your claims.


On the whole, the bookstore offers a suitable selection of used textbooks.

In essence, it is the lack of resources that has created such a dire situation at the shelter.

Thus, young teens who excessively use social media are at a greater risk of developing a poor self-image.

Notice how each of these transitional sentences signal the end of the essay by summarizing the focus of the paper.

This allows you to restate your thesis statement without merely rewriting the statement or changing a few words of your thesis.

Want to see an argumentative concluding transition in action? Check out The Worst of the Men’s Right Movement and Why We Still Need Feminism. 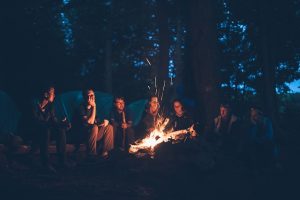 The narrative essay is all about telling a story. Your goal is to include plenty of description and keep readers interested in your tale.

In a narrative, the conclusion often expresses the moral or lesson you learned, so use the concluding transition to signal the end of the narrative and the summary of the lesson(s) learned.

Check out these four examples for inspiration:

Finally, I realized that my so-called friends were frenemies, rather than true friends.

In the long run

In the long run, having to retake chemistry helped me understand how crucial it is to study for exams.

All things considered, the trip to Cancun turned out to be an amazing vacation.

In the end, it was my dog, Diesel, who helped me through the darkest days.

Again, notice how these concluding transitions both signal the end of the narrative portion of the story and transition to a brief discussion of the moral.

If you want to see an example of how a concluding transition works in a narrative essay, read My Experience of Dining in a Middle Eastern/Persian Restaurant.

When you write an analytical essay, you’re analyzing something, often an article or a piece of literature (think literary analysis).

To support your analysis, you’ll include specific evidence (like quotes or paraphrases) from the piece you’re analyzing. (Depending on your assignment, you might also include additional evidence from credible sources.)

The conclusion for an analytical essay generally sums up the key points of analysis. Thus, you’ll use a concluding transition to move from main ideas to the wrap up of the analysis.

In the final analysis

In the final analysis, John Proctor perfectly illustrates that appearances can be deceiving.

To summarize, Amari’s use of interviews and statistical data creates a solid overview of people’s feelings about the presidential candidates.

In brief, the core thesis of The Great Gatsby is that the American Dream is actually unattainable for the average American.

Take a look at A Visual Analysis of 12 Years a Slave to see how one writer effectively uses concluding transitions.

It’s not hard to figure out that the goal of a compare and contrast essay is to compare and/or contrast people, places, things, and/or ideas.

It only makes sense that at the end of the essay you’ll want to remind readers not only about what it is that you’re comparing and contrasting, but also the conclusions you’ve reached based on your comparisons. (You might also use the concluding transition to emphasize the importance of your conclusions.)

In either case, students would benefit from relief from the burden of student loans.

Undoubtedly, though both Ofglen and Offred rebel against their oppressors, it is Ofglen who is the stronger character and ultimately more dedicated to her cause.

In the examples above, the concluding transitions highlight the two subjects being compared while also signaling the end of the paper and emphasizing the conclusions (or focus) of the paper. 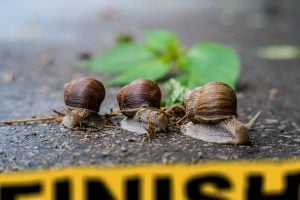 I get it. It takes a lot of work (and time) to choose the right words and put the finishing touches on your paper, but trust me, the end result will be worth it.

If you’ve made it to the conclusion and have an awesome concluding transition to start the closing paragraph but are stumped as to what to include next, here are a few resources that can help:

Have a stellar conclusion but still feel like the rest of your paper could be better? Let us help. We’ve edited tens of thousands of papers and are available 24/7 to help you with yours.