What Is an Illustration Essay and How Can You Write a Good One?

Ever hear the phrase “for illustration purposes only”?

An illustration is a picture or drawing, but in this case, it doesn’t necessarily have anything to do with actual images. “For illustration purposes only” means that examples are being presented to highlight or explain a topic.

The same is true for an illustration essay. Its purpose is to use evidence to demonstrate a point or prove that a phenomenon exists.

Let’s take a closer look at that definition and learn how to write a good illustration essay.

What Is an Illustration Essay?

At the core of an illustration essay are examples—and plenty of them. The goal of the essay is to use various examples to prove a point or phenomenon.

Don’t confuse the illustration essay with an argument essay.

Although an argument essay uses examples (just as an illustration essay does), the goal of an argument essay is to convince readers. It takes a stance on a subject and attempts to persuade readers of the writer’s opinion.

The illustration essay, on the other hand, should avoid taking a stance and avoid personal opinion. It should remain objective and provide examples to illustrate.

With this definition of an illustration essay in mind, let’s move on to actually writing one.

How to Write a Good Illustration Essay

One of the key steps in writing any good essay is planning. You’ll need to do things like prewrite, research, and outline to focus your ideas.

Here are four steps to help you plan your illustration essay.

Remember, you’re not writing an argument essay, so don’t choose something like abortion or gun control as the focus of your paper.

These topics don’t present an argument. They present a topic that requires you to incorporate examples to help illustrate the point or phenomenon.

You’re going to need a fair amount of examples to support your thesis. Of course, the longer your paper, the more examples you’ll need.

Make sure you list more examples than you think you’ll ultimately include. Chances are, not all of your examples will fit into your paper, so it’s better to be able to leave out a few ideas than to struggle to find more.

Your list might need to be longer than this to ultimately find the best three or four key examples, but a short list is a solid start to finding the best examples for your paper.

There are certainly times when your prof won’t require you to include any research. If that’s the case, you’ll simply use your own experiences and ideas as examples.

If you need to incorporate research, however, you will want to find appropriate examples from your sources.

For instance, one example might be a student who almost dropped out of college because he was overwhelmed with coursework. Another example could be a student who sought treatment for panic attacks because she felt pressured to maintain a high GPA in order to keep her scholarship.

Don’t forget to cite your sources in proper format, such as APA or MLA.

Read 5 Best Resources to Help With Writing a Research Paper if you’re looking for a little help with finding sources. (And always make sure they pass the CRAAP test!)

The outline is your chance to pull all your information together and sketch out your ideas.

When outlining, you’ll decide which examples you’ll include in your paper and what types of information you’ll provide to illustrate those examples.

You’ll also decide in what order you’ll discuss the examples. It’s often a smart idea to include your strongest example last. That’s what readers will remember.

Don’t forget to include a strong thesis statement in your outline too. That will ensure you have a clear direction for your paper. 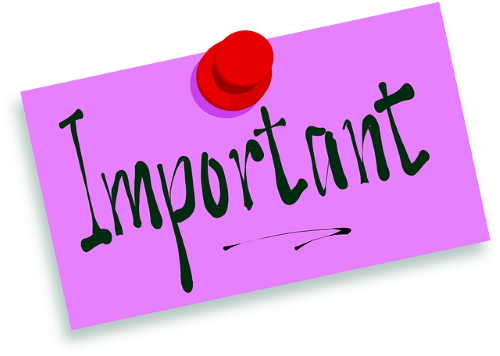 Before you begin drafting your illustration essay, keep these two important tips in mind.

By point of view, I don’t mean your opinion on the topic. (Remember, your opinion won’t be included in an illustration essay.) I mean the point of view from which you write—you know, first person (I, we, our, us), second person (you, your, you’re), or third person (he, she, it, they).

Third person is preferred in academic writing, so even if you don’t have to include research in your essay, don’t assume that you can write in first person. Check the assignment guidelines to make sure you’re writing from the assigned point of view.

Your prof probably won’t tell you how many examples you’ll need to include in order to write a successful illustration essay. I don’t have the magic number, either.

What I can tell you, though, is that you should definitely include more than one example to support each key point.

In a shorter essay, two to three examples will generally suffice. If you’re writing an essay longer than four to five pages, you’ll probably need more than three examples to support each main idea.

Give Yourself a Hand!

You’ve put a lot of time and effort into planning and drafting your paper. Good work!

At this point, I suggest you take a break. Take a walk. Get a snack. Let your mind focus on something else before you return to your paper to revise.  If you have the time, set your paper aside for a day or two, then make any necessary revisions.

At Kibin, we’re always ready to lend a hand with revision too, so let us provide some constructive feedback while you take that walk.