What Twitter Can Teach You About Writing a Thesis Statement

Writing a thesis statement can be a bit scary. I’m not sure why, exactly.

I mean, it is generally regarded as the most important sentence in your entire paper, true. It is the backbone, they say.

I guess you could say it is the make or break, do or die, mess it up and fail the assignment, flunk the class, drop out of school, default on your mortgage, lose your wife and the dog, shiver cold and alone on the side of the street sentence!

Excuse me for one second.

Pardon me for my hysterics. The thesis sentence does not have to be this intimidating.

For instance, I bet you don’t feel this type of angst when posting on Twitter, do you? Well, the two aren’t that different; one can be as easy as the other!

In fact, there is a lot that Twitter can teach you about writing a thesis statement.

What Is a Thesis Statement?

With these thoughts in mind, I set out out to find some information on how writing a thesis statement is like posting on Twitter.

First, I went to the Online Writing Lab (OWL) at Purdue University, a heavyweight in the writer’s resource game for 20 years. 
When writing an essay, whether it’s an argumentative essay, an analytical essay, or an expository essay, you need to formulate a strong, clear, and concise thesis statement. Few would argue with me saying it is the most important sentence (or sentences) in any essay.

Your thesis statement is the main aspect of the broader subject that your essay will attempt to analyze.

Your thesis may develop and change throughout the process of writing your essay as you work through the evidence, but, in the end, it should clearly and efficiently articulate the main point of your essay.

Much like a tweet, readers should know what your paper is about just by reading your thesis statement.

Like a tweet, readers should get what your paper is about just by reading your thesis statement

Next, I reached out to Justin Bieber, a young man with over 55 million followers and 27,000 tweets. Unfortunately, he must have forgotten to check his spam folder, because I haven’t received a reply as of this writing.

So, I contacted the next best thing, a ninth-grader named Justin Lieber who lives down the street from me. He described himself as a Twitter connoisseur who was recently “followed by the captain of the football team,” which apparently isn’t as scary as it sounds. The social media website Twitter offers users the chance to write and view “tweets,” which are 140 character posts. Because of the restricted character count, tweets must be short and sweet, if you will. There is no room for filler.

Users are able to scroll through and read various tweets, getting a quick overview of the thoughts and current events of the day.

Though often used to share opinions and anecdotes with friends, Twitter was originally developed to help you “discover news as it’s happening, learn more about topics that are important to you, and get the inside scoop in real time.”

Much like a traditional headline, a tweet is usually used as an abbreviated summary of a bigger event or piece of writing. If written well, a reader can know the gist of an article by just reading the tweet it is attached to.

A good tweet is short, clear, concise, and informative, grabbing the readers’ attention and leading them to further information on the topic.

What Are the Similarities?

Now that we have established the definitions of both a thesis statement and a Twitter post, let’s take a closer look and see what more we can learn about thesis statements from Twitter.

I reached back out to my friends to see if they could help: It appeared I was on my own.


So, I dug deeper to find more information on the similarities between writing a thesis statement and posting on Twitter.

Chances are that most of you reading this blog, online, have also tweeted a time or two. Most likely you did so without a lot of handwringing or apocalyptic fears.

So what is it about the prospect of writing a thesis statement that prompts people to start stacking canned goods in the cellar?

Let’s take a moment to break down the tweet into parts. Then, we’ll see how you can apply these non-stressful aspects to writing your thesis.

As you know, a tweet must be focused merely because of the 140 character limit. Yet, it should also be focused as a way to inform the reader. If a tweet is too broad, the reader will not expect to receive any new information from reading further.

Instead, it is important to narrow your tweet to a specific point that can be expanded later. This will intrigue the reader, inspiring him to read further.

A thesis is similar in that you don’t want to use it to present a broad topic, because the reader won’t know which part of the topic your paper will be focusing on. Instead, show the reader in this one uber-important sentence the precise direction your essay will be traveling. Inspire the reader to read further!

You may notice that a lot of opinionated tweets tend to go viral. People love to either reinforce their opinions or disagree with those on the other side of the aisle. The best tweets play on this desire. And, they aren’t difficult to write, because you have the beliefs to back them up.

If you are like me, you love reading other peoples’ opinions on Twitter. A tweet that makes a debatable claim tends to draw my attention. I am much more likely to click on the adjoining link if the tweet is controversial or challenges my current thoughts on a matter.

Depending on the type of paper you write, a thesis statement should present a debatable argument. If written well, your thesis will incite an opinion in your reader. And, if you’ve done your legwork, it will be easy to write because you’ll have the research on hand to back it up.

Whether your readers agree or disagree with your opinion is not important; what matters is that they are sufficiently roused into reading further. Once that happens, you can use the evidence in the rest of your paper to drive home your opinion, possibly swaying their original beliefs.

When we take to the Twittersphere, we try to come up with tweets that will intrigue people. There’s no reason to tweet to your followers information that they already know. Instead, we look for interesting tidbits that will make them take notice.

So why would a thesis statement be any different?

Intrigue your readers! Remember, the thesis will generally be the last sentence of your introduction. So, if you want your readers to continue beyond the first paragraph, you have to give them a reason to continue reading.

It doesn’t have to be difficult. Think about what readers already know and what will catch their interest. By the time they finish reading your introduction, they should have an overview of the topic you are discussing, as well as a clear, concise, and debatable focal point.

If written well, after reading that final sentence in your introduction your reader will WANT to read further in order to learn more about your stance. So, use your common sense. Put yourself in the reader’s shoes, and write an intriguing thesis.

Not only is tweeting fun and anxiety free, it can teach us a lot about those pesky thesis statements that seem to cause so much distress.

Instead of dousing yourself with holy water at the thought of writing a thesis statement, take a deep breath. You’ve been doing this the whole time on Twitter (or your preferred social media site), and you didn’t even know it.

So, remember the elements of a good tweet the next time you are tackling the most important sentence of your essay. You’ll end up with a strong thesis that grabs your reader’s attention and gives your essay the boost it deserves.

Take a look at these great examples of focused, intriguing and debatable thesis statements when it comes time to write your next great essay. I also suggest reading How to Write a Thesis Statement in 5 Simple Steps.

After writing your essay, make sure you send it over to the helpful folks at Kibin, so they can ensure it is error free and your thesis is tweetable, in the best possible sense. 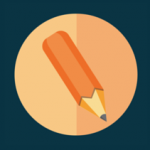