How to Write an Expository Essay That Pops

*Pop: to suddenly break open or come away from something often with a short, loud noise (Merriam-Webster’s Online Dictionary).

Option 2: Use ink to string together words in a way that makes your reader say, “Whoa.” I recommend the second option for various reasons, not the least of which is that I kind of like having ten fingers. I know what you are thinking: “Gunpowder go boom. Boom is fun.” Well, turn off Spike TV for a second, put on some pants, and give me a chance to show you a better way to write an expository essay.

Understanding the Basics of an Expository Essay

An expository essay involves coming up with an idea that you believe in, doing some investigation on said idea, taking a stance, and then formulating these thoughts into a clear and concise essay that, usually, argues your idea.

I know what you are thinking. Sounds a heck of a lot like an argumentative essay. True, they are similar. The difference lies in the preparation and depth of research.

Argumentative essays are often assigned as capstone projects. There is a reason many programs give you a semester to finish one.

On the other hand, expository essays are often presented on tests or in-class writing assignments. This means that the “research” step is sometimes done in your own head.

Don’t worry. You’re going to have ample opportunity to put your own creative touches on your expository essay, but first you have to understand the basics. Read on for how to write an expository essay.

I know you’re excited about poppin’ that essay like it’s hot, but there are certain aspects of an expository essay that are untouchable. If your essay lacks one of the following, your teacher might pop it straight into the trash.

Stuck on Your Expository Essay?
Get inspired. Write your essay faster.
Yes! Show Me Examples.

A supportable topic: When choosing a topic, make sure you can argue it or take a stance in some way. Many times, the expository essay you write will be based on an essay prompt that is provided to you.

Choose an answer that can be expounded. If you can’t come up with at least 3 strong pieces of evidence in support of your answer, you better keep brainstorming.

Reliable sources: If you are working on an expository essay assignment that allows you to do some research, use reliable sources. It sounds self-explanatory, but I can’t tell you how often Tim Howard is the U.S. Secretary of Defense.

That kind of information is going to make your paper pop for the wrong reasons. Unless you are writing an expository essay about Wikipedia being an unreliable source, keep its information out of your paper.

An appropriate method of development: It is important to choose the best method for organizing your essay before you tackle the outline.

Methods include compare and contrast, definition, description, and many more. Think about which method will allow you to formulate your ideas in the most convincing and informative way.

For example, perhaps the prompt asks, “What is the best online editing service?” You could use “compare and contrast,” but there are tons of redundant companies out there that would waste too much of your and the readers’ time. Instead, you could use the “exemplification” model to give a few examples why Kibin is obviously the coolest kid at school.”

A clear outline: Before you jump into writing your essay, create an outline so you can stay on track during the writing process.

This writing skeleton allows you to see your topic and method of development on paper, so you don’t get lost during the writing process. It can include your thesis, topic sentences, and evidence. It may end up being quite similar to that of an argumentative essay outline.

An introduction, body, and conclusion: No matter how you decide to structure your paper, you’re going to need these three in there somewhere.

Your introduction should, you guessed it, introduce the topic. First, provide some background information. Tell the reader why this topic is important. Grab their attention.

Then, to avoid creating one of the unfocused papers that land on many teachers’ desks, end your introduction with a thesis statement. This will clearly set forth the topic you will be describing, arguing for or against, etc. The thesis statement is the star around which your entire essay orbits.

The body paragraphs contain the meat and potatoes, and by meat and potatoes I mean the nuts and bolts, and by nuts and bolts I mean the evidence and information. Each section of the body should contain one piece of your evidence or info. This allows your writing to stay focused, and it allows your reader to easily transition from one point to the next.

Your conclusion should restate the importance of your topic. You can quickly review the information and evidence you have already presented, but do not add any new information at this point.

Final Touches: Once you finish writing, it is important to go back and double check your work.

Now that you understand all of the essential aspects of how to write an expository essay, let’s look at ways to spice it up a bit.

Stuck on Your Expository Essay?
Get inspired. Write your essay faster.
Yes! Show Me Examples.

Focus your topic: So, you want to write your paper on the Beat Generation? That’s great! But, you do realize that the Beat Generation was AN ENTIRE FREAKIN’ GENERATION, RIGHT!?! We’re talking about dozens of writers over a decade that inspired obscenity trials in the 50s, new movements in the 60s, and meh movies in the 2000s. That’s a lot to tackle and, frankly, it’s too much for an expository essay.

Instead, focus on something that interests you within the Beat Generation, like the qualities of Dean Moriarty in Kerouac’s On the Road.

The interest part is important, because if you are bored with the topic, you’re words aren’t going to pop off the page (more on that later).

By narrowing your focus, you give yourself more wiggle room for creativity, because the amount of information you need to cover is less overwhelming.

Call me a rebel, but just the fact that we call them “grammar rules” makes me want to scream, “Anarchy!” and then proceed to write my entire paper as one run-on sentence.

Some of my favorite writers (Cormac McCarthy, Jack Kerouac, Hubert Selby Jr.) said to H-E-double hockey sticks with all that jazz and did what they wanted.

The beat writers, like Kerouac, loved to laugh in the face of literary conformity (I mean, c’mon, dingledodies?). They could get away with it because they knew the rules they were breaking, and then they did it because they believed it made their writing pop like those roman candles. So, now that you know how to write an expository essay in the standard, proper, correct way, get creative with it. Take some chances. Don’t be afraid to experiment with new structures and methods of developing your essay.

Someone has to be the first, right?

Have a little fun: If you are having fun writing an essay, the odds are that the reader is going to enjoy reading it.

On the other hand, if you think essays about lowering the legal drinking age have been written about 72,589 times too many, and yet you choose this topic for your essay, chances are you will be bored while you are writing it.

Can you guess what emotion your reader is most likely to feel?

The expository essay allows you to explore your ideas, as long as you can produce them in a logical way. So, do it. You might just make it pop and keep all of your digits.

For some creative writing prompts, check out this author’s list.

Finally check out this post for more information on the dos and don’ts of expository writing. 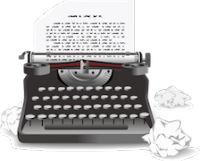 Stuck on Your Expository Essay?
Check out these example expository essays.
Yes! Show Me Examples.