7 Grammar Rules That Everyone Should Learn

Who needs good grammar anyway?  Grammar rules are so boring to learn and totally pointless! Isn’t it good enough that people can understand what you’re trying to say?

But wait! Did you know that having good grammar increases your chances for finding love? And knowing proper grammar rules can mean the difference between a well-paying job and, well, no job at all. Like it or not, people judge you based on your grammar use (especially if you’re terrible at it). Speaking or writing without the proper use of grammar rules can make you come across as uneducated and unreliable. I don’t care if you have your PhD or if you’re a musical prodigy!

What if I had started this blog post by writing, “Hey everyone wha’ts up? Hears a post for all of you if your interested in lerning about how to right using good grammar lets get starting!”

You’d likely hit the back button as quickly as possible. Thanks to poor grammar in this sentence, my message has become untrustworthy. That sentence may be a bit of an exaggeration, but from my experience editing papers at Kibin, I know for a fact that bad grammar like this happens. And it happens a lot.

Grammar is a vast topic. To narrow it down, I asked some of the other Kibin editors to tell me about their top grammar peeves. Let’s get started!

Grammar Rules You Should Learn #1: The Difference Between Affect and Effect

“The special effects in that movie really affected me!”

I must admit that I was once guilty of mixing these two words up too. But, now that I know the difference, the misuse of affect and effect really affects me poorly. In other words, it drives me crazy.

Let’s settle the score on the difference between affect and effect once and for all.

Effect is a noun. (Remember, a noun is a person, place or thing.)

Here are some examples of effect in a sentence:

Helpful Hint: Any time you can write the word the before the word effect, you know you’re dealing with a noun. I learned to remember that effect was a noun because effect starts with the letter e and the ends with the letter e. The effect of this is that I always know which one is the noun form.

Affect is a verb. (Remember, a verb is an action word, as in to affect)

Here are some examples of affect in a sentence:

Also confusing is that the words affective and effective are both adjectives. So what’s the difference between them?

Affective relates to how things generate or derive from emotions. It’s a mushy-gushy word.

“The doctor’s affective approach made her patients feel like they were in good care.”

Effective relates to the ability to produce positive results.

If you need more help, visit Grammar Girl (my favorite grammarian), who teaches the difference between affect and effect while wielding an Aardvark. For serious.

Grammar Rules You Should Learn #2: The Difference Between Witch, Which, and That

“Wait, which witch is that witch?”

Crystal admits to being quite a stickler when it comes to good grammar. When I asked her which broken grammar rules upset her most, she said, “ALL grammar mistakes make me crazy!” I guess it’s good that she’s a Kibin editor!

First, let’s get the easy one out of the way. A witch, in fairy tales, at least, is a woman with the power of black magic, such as the Wicked Witch of the West in the Wizard of Oz.

Helpful Hint: Never call a witch a “which,” or she’ll turn you into a toad. 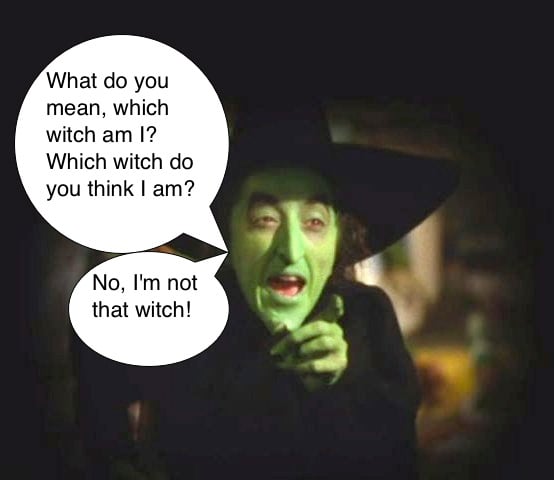 Okay, since that’s cleared up, let’s chat for a moment about the difference between which and that.

“Witch covens, which use broomsticks, can fly.”

“Witch covens that use broomsticks can fly.”

If you need more help, visit this lesson on the difference between which and that.

Grammar Rules You Should Learn #3: The Difference Between It’s and Its, and Other Problems of Possession

“My car is stuck. It’s too cold outside, so its engine won’t start.”

Do you think possession is something that only happens in movies? It’s not. We use grammatical rules to demonstrate the possessive every day. 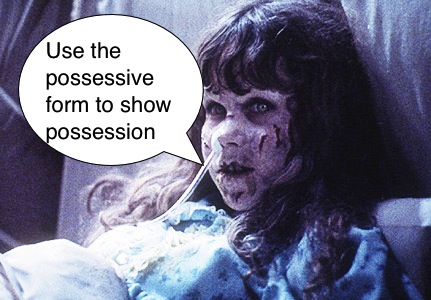 In general, possessive nouns allow you to describe what belongs to whom, but in a shorter way. (There are exceptions to this rule that I’m not going to dig into here, but if you’re curious, read why possessives are not always about possession.)

Possessives are very convenient. I could really waste the limit on my Twitter feed by writing, “The car of my boyfriend broke down,” and sound kind of weird while I do it. Or I could save some characters and avoid sounding like an alien by writing, “My boyfriend’s car broke down.”

Typically the rule of thumb is to include an apostrophe and the letter s (‘s) after a singular noun, or after a plural noun that doesn’t end in an s.

If your plural noun ends with an s, just add an apostrophe. For example:

One major (and often confusing) exception to this rule is when you use the possessive form of the pronoun it.

It’s, on the other hand, is the contraction of it and is, or it and has.

If you need more help, check out this helpful lesson on possessives.

Grammar Rules You Should Learn #4: The Difference Between Well and Good

Peeve submitted by Travis B.

Travis is the fearless leader of Kibin, and while he usually leaves the editing up to his loyal legion of editors, he has spent many a night into the wee hours fixing school essays and important business documents. His grammar rule pet peeve? Misusing the words well and good.

Let’s not upset the boss man and get this rule straight right now. 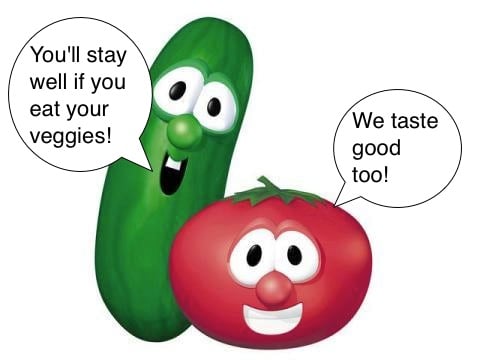 So it’s good when you write:

In this sentence, good describes the noun, boy.

In this sentence, good describes the noun, pie.

And you’re doing well when you write:

“The steak was well cooked.”

In this sentence, well describes the verb, cooked.

In this sentence, well describes the verb, doing.

Also note that well is a synonym for healthy, so you’d write:

But if you’re describing your emotional state, use good.

Still need help? Check out this quick lesson on good vs. well.

Grammar Rules You Should Learn #5: The Difference Between Their, They’re, and There

“They’re over there, holding their bags”

When Natalie isn’t chasing down one of her many kids, she’s chasing down grammar errors at Kibin. She admits that one grammar rule she’s a stickler for is making sure people know the difference between their, they’re, and there.

I know you’ve probably heard this grammar rule more than a few times. Maybe you’ve even made an attempt to improve your understanding of it. But if it’s still causing you headaches, let’s see if we can sort it out!

I’ll start with the easy one. The word they’re is a contraction of the words they and are.

Helpful Hint: If you can switch they’re with they are in your sentence, you know you have the right word.

Here are some examples of the proper usage of they’re:

Helpful Hint: If you can switch their with our and the sentence still sounds right, you know you are using the right word.

Here are some examples.

“Their sense of humor makes me laugh.”

“Their mansion in Malibu is beautiful.”

Again, the mansion belongs to them, so we use possessive. (Helpful hint test: Our mansion in Malibu.)

“Their party is going to be big!”

In this sentence, the party belongs to them, so we use possessive. (Helpful hint test: Our party.)

The third form, there, is used to indicate a location of an object or the existence of something.

Helpful Hint: When you use there as a location indicator, you can easily swap in the word “here.” If it sounds right, you know you have the correct word. Unfortunately, this doesn’t work in sentences where there establishes the existence of something (i.e., let here be light!).

Here are some examples:

Grammar Rules You Should Learn #6:  Don’t Use Plural Pronouns with Singular Antecedents or Vice Versa

“The hamster is adorable. I want it!”

Oh my! I know this one sounds complicated, doesn’t it?

First, let’s define a pronoun. A pronoun is simply a substitute for a noun. For example, using she instead of Molly or them instead of hot dogs. And plural, of course, means there is more than one. So it stands to reason that you would use a plural pronoun to talk about more than one thing. For example:

If you want to go crazy learning pronouns, I recommend checking out this detailed list of pronouns.

Now let’s define an antecedent (I swear grammarians invent these complicated words just to make language seem harder than it really is). An antecedent is simply the noun that the pronoun is replacing.

So again, in our sample sentence, “I love hot dogs, so I ate them all,” the word hot dogs is still a noun, but it’s also an antecedent (just like you can be both a sister and a friend).

Without the antecedent, you would have no idea what the word them refers to, as in this example, “I love them, I ate them all.”

If I said this to you, you’d have to ask me, “Wait, what did you eat? Better not be my Girl Scout cookies!” 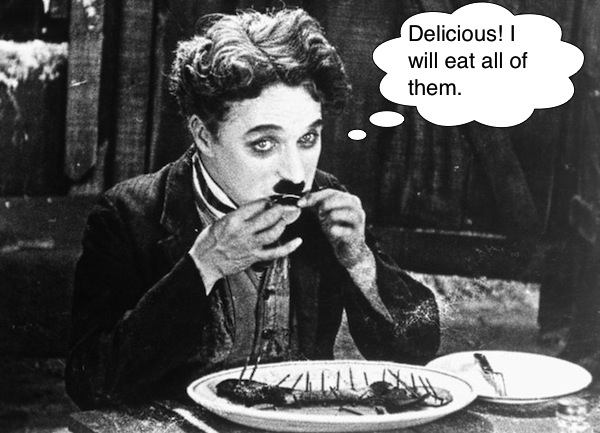 It just sounds silly and wrong to say:

“The student is in trouble. The principal is expelling her.”

“The student is in trouble. The principal is expelling them.”

If you do, Crystal will have to correct you.

Check out this lesson to learn more about antecedents.

Grammar Rules You Should Learn #7: Learn the Difference Between If and Whether

“Whether or not here I come… I’m going to find you if it’s the last thing I do!”

When Jared isn’t playing Frisbee golf in Argentina, he’s working up a storm editing at Kibin. He says it irks him when people mix up the words if and whether.

You’d think this one would be easy, wouldn’t you? But it turns out there is a lot of nuance in the difference between these two seemingly simple words.

As a general rule of thumb, you should use if in instances where your sentences are conditional.  For example:

“We will cook a vegetarian meal if you come to dinner tonight.”

In this sentence, cooking a vegetarian meal is conditional because it will only happen if you come to dinner tonight.

You should use whether in instances when your sentence presents two alternatives. For example:

“I have to decide whether to cook a vegetarian meal tonight.”

Helpful Hint: Try restating the phrase using whether or not in place of the word if or whether. If it doesn’t change your intended meaning and it makes sense, use whether. For example:

“I have to decide whether or not to cook a vegetarian meal tonight.”

But what happens if we use whether in the other sentence?

“We will cook a vegetarian meal whether or not you come to dinner tonight.”

There’s a lot more to this rule than that, and if you’re interested in learning even more, I recommend this lesson on the difference between if and whether.

Phew! So there you have it, 7 grammar rules that you should really know! We covered a lot of ground, and hopefully you learned something new. If nothing else, you definitely learned that the Kibin editors are a picky bunch.

Let me know in the comments if there are any grammar rules that really offend you when they’re broken.  Or, perhaps, there is a grammar rule or two that has you downright confused.