You’ve written a narrative essay or two by now, and they’ve been pretty good. But they haven’t given you that sense of pride that you get from, say, a well-supported argumentative essay.

So when your instructor assigns another narrative essay, you’re looking to just churn something out without giving it any pizzazz.

What if I told you writing an exciting narrative essay isn’t just easy, but it’s also pretty fun? You’d probably look at me like this. Well, that’s exactly what I’m going to prove to you right now. You don’t have to be the next Shakespeare to write an awesome narrative essay. You just have to abide by a few simple rules. And don’t worry—I’ll let you know exactly what those rules are.

But first, let’s have a quick refresher.

What Is a Narrative Essay?

It’s pretty simple really. A narrative essay tells a story. It has lots of descriptive elements, and it’s quite different from other styles of essays.

It’s not an argumentative essay. You’re not trying to prove something against an alternate point of view. There should be a purpose to your story, but you don’t have to convince anyone you’re right

There should be a purpose to your story, but you don’t have to convince anyone you’re right.

It’s not an explanatory essay. Explanatory essays can get kind of technical because, usually, they describe how something works. You’re describing an event.

It’s not a 5-paragraph essay. Many students fall into the 5-paragraph format (introduction, three body paragraphs, and conclusion) by default. Don’t fall into that trap! While it’s possible to only write five paragraphs for your essay, you’re not limited to this structure.

The easiest way to think about a narrative essay is just to think of the word narrate and to consider yourself the narrator. There are tons of examples of narration in both literature and film. One of my personal favorite narrators is Mister Sam Elliott from The Big Lebowski.

Of course, you cannot just repeat, “Sometimes there’s a man,” in your narrative essay. You have to be more descriptive than that. But I’ll talk more about that in Step 6. First, we have to talk about Steps 1 through 5. So without further ado …

This seems like a no-brainer, but many students are so excited by the chance to write creatively that they go straight into writing without reading the prompt.

2. Find a topic that fits the prompt

Once you clearly understand your prompt, you have to make sure you choose a relevant topic. You can have the most clever, well-written narrative essay in the class, but if you aren’t following the directions, you aren’t going to get a very good grade.

Need some more inspiration before moving ahead to step 3? Read these narrative essay examples:

Okay, here’s where it starts getting fun (yes … I said fun in reference to an outline). Because you’re telling a story in a narrative essay, it can get kind of hard not to get lost in your words. The best way to keep your story focused is to have a plan.

Make a space for the introduction and conclusion—these can be kind of barebones for now. Then, instead of separating your outline into paragraphs, as you would with an argumentative essay outline, separate your other headings into how you want your story to progress.

You can go in a linear fashion (which is recommended in most cases), or you can Tarantino it and start near the end of your story first, then lead the reader there throughout the rest of your essay. This can get confusing, though, so use this approach with caution.

To give an example of an outline, I’ll focus on The Dude’s story. This is only part of the larger story, but it’ll give you an idea of how to organize your own essay:

There are a few things you want to include in your outline, which will be your main plot points. Most great stories have five elements: exposition, rising action, climax, falling action, and resolution.

Your introduction can serve as your exposition, aka your setup.

Rising action infers some sort of conflict. This can be an external conflict like a nihilist peeing on your rug (the rug that really brought the room together). Or it can be an internal conflict, such as recognizing a flaw in yourself. The rising action also implies action. So the main character (usually you in narrative essays) has to do something about the conflict.

The climax is where stuff hits the fan. The problem usually gets out of hand, or there is a life-altering realization that happens. Perhaps you realize that the girl everyone thought was kidnapped actually faked it to get ransom money.

The falling action is cleaning up the mess after the climax. And the resolution, which should be your conclusion, ties everything up nicely. In your narrative essay, it’s helpful at this point to say what you learned by going through this story.

Your outline doesn’t have to include many details about these plot points, but it should at least say what they are so that you don’t get sidetracked when you start writing. Now is when you actually get into the writing part. A good hook might foreshadow the climax of your story. It could also be a quote that relates to your narrative, or anything else that grabs the reader’s attention. You want your readers to want to keep reading.

Your thesis statement for a narrative essay typically relates to what you learned from the experience you’re writing about. You don’t want to make it too descriptive because you don’t want to give away the ending of your story, but don’t make it super vague, either.

Through ferret bites, fistfights, and the murder of his friend Donnie at the hands of Nihilists, The Dude learned that you simply cannot control the events in your life.

6. Use description and vivid details

When you get into your writing, don’t just make statements without any details. Add description. Follow the old adage show don’t tell.

Instead of saying, “The Dude was assaulted by Nihilists,” draw a picture with your words. For example, you could say something like this:

Men in black ambushed The Dude as he stepped through his doorway. They smashed his head into the toilet bowl, submerging his head repeatedly as they shouted, “Where’s the money, Lebowski?” Write a killer conclusion. Make sure you tie up any loose ends—you most likely won’t write a sequel. Explain in more detail what you learned through your experience and how you changed because of what happened.

Being attacked by Nihilists and their ferret, losing Donnie, meeting Maude, and getting involved in a kidnapping mystery all stemmed from a single incident—the mix-up of the two Lebowskis. The Dude learned he couldn’t control the events that followed, so he just went with the flow.

Don’t neglect this step! Revision is super important, especially in narrative writing. You want to make sure everything flows and that you didn’t stray off on some tangent. Of course, you want to check for spelling and grammar errors too.

If you get to your revisions and you realize that there’s something off about your narrative essay that you just can’t quite put your finger on, send it to one of the Kibin editors. They can make helpful corrections to the spelling, grammar, and flow of your writing, taking your essay that extra step to awesomeness.

Until next time, take it easy and happy writing. I’ll leave you this in closing. 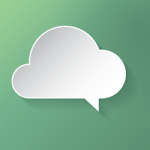