8 Nature vs. Nurture Articles to Support Your Persuasive Essay

There are a few age-old debates in this world, and you have just been assigned one for your next persuasive essay—nature vs. nurture.

Biologists, psychologists, sociologists and others have been arguing for decades about whether nature (a person’s biology or genetic makeup) or nurture (a person’s environment) has more of an impact in the person’s behavior.

You have some opinions of your own, but that’s not enough to make a convincing argument. What you need is some support for those ideas, and I’m here to help with that support. I’ll give you tips for choosing some nature vs. nurture articles, and I’ll even throw in a few articles to get you started.

What to Consider When Choosing Your Nature vs. Nurture Articles 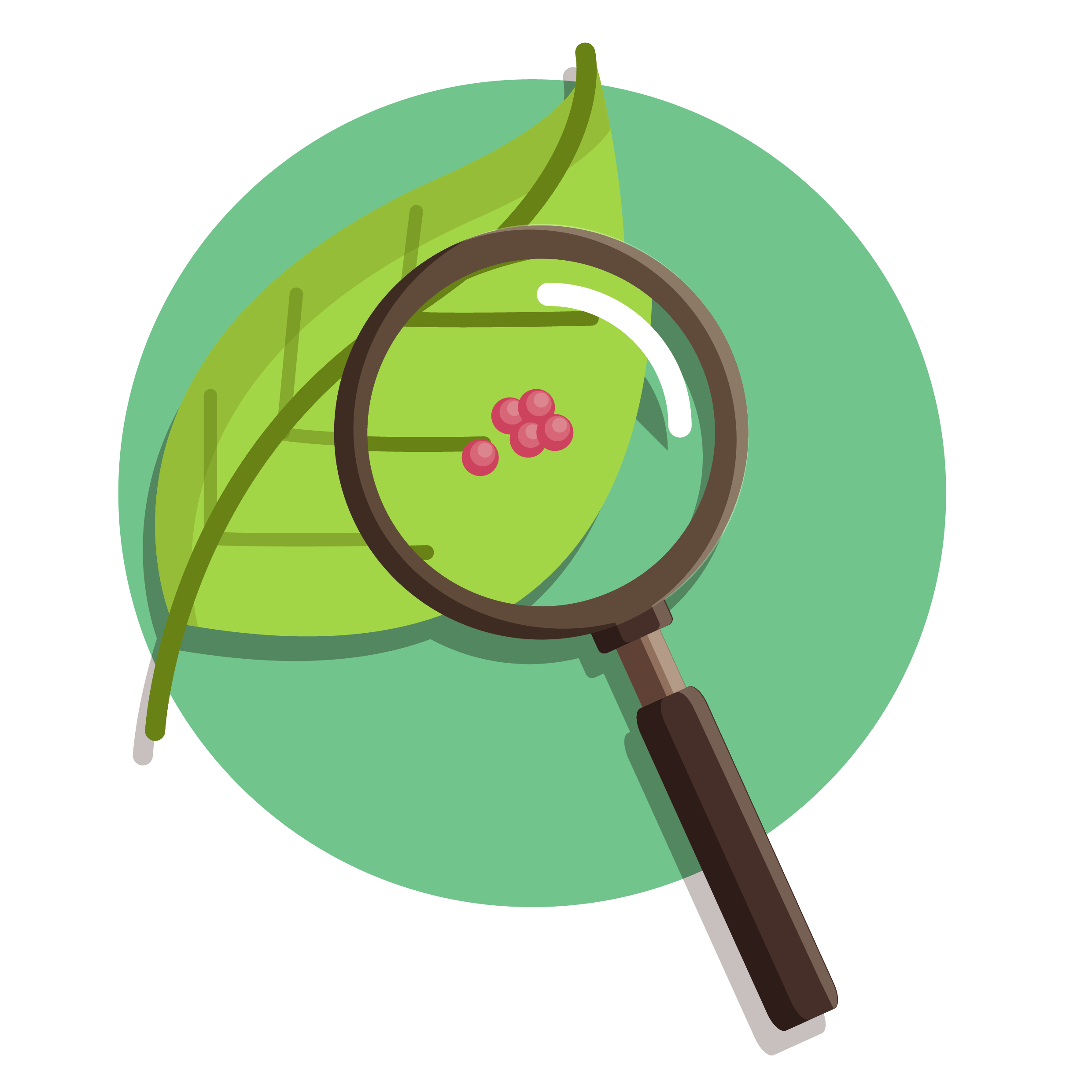 Look for Clues of Credibility

The nature vs. nurture debate is one that has been going strong for many years. It has been studied by professionals and amateurs alike. While this might give you a wealth of information to look through, it also gives you a lot of non-credible sources.

The key is to look for clues for credibility, which include:

To learn more about credibility, read How to Apply the CRAAP Test to Your Essay Sources.

Keep in Mind That, in Most Cases, It’s Nature and Nurture

Most articles you come across will touch on a little bit of both nature and nurture, and some even say it’s an even split between the two.

Just keep in mind that you are writing an argumentative essay, and that you must choose a side and support it well. This does not mean that you have to say that it’s either nature or nurture 100%–you can say there’s a bit of both. But you should lean more toward one over the other.

You are writing an argumentative essay, so choose a side and support it well.

For all of these articles, I’ve included a summary and a full MLA 7 citation. (Remember to change the date of access to the date you viewed the source.) Or, check out this article about writing APA citations. 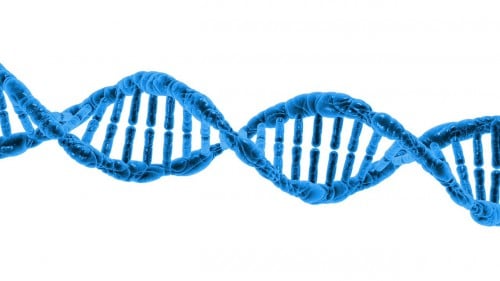 This article, and its related video, discusses how biology and environment interact with each other to help influence a person’s development. It divides people into two categories–orchids and dandelions.

Orchids are sensitive to environment and only thrive when they have the right support system. Dandelions, on the other hand, get along fine in almost any environment.

This is starting to sound like a pro-nurture article, right? Reading further, you’ll see that the article says that certain genes control sensitivity to one’s environment. So it’s biology, or nature, at the root of it all.

This article has credibility based on establishment. The Wall Street Journal is a well-known and well-respected news publication and the author cites his information from professors, university studies and the National Academy of Sciences–all authorities on the nature vs. nurture debate.

Pro-Nature Article 2: A Unique Look at Nature vs. Nurture

This article is not about a study, but rather it gives a more personal account of a set of twins separated at birth and raised in very different environments. It suggests that the twins’ genetics have more to do with their development because, even though they were raised apart, they have similar personalities, learned to walk on the same day, and even got chicken pox on the same day.

While some of the events the girls experienced may have been coincidence, their overall development and demeanor are still very similar.

The experiences of the twins and their adoptive families provides the basis for credibility for this article. Instead of pure science and authority, it gives the reader a real-life example.

However, the article goes on to say that nature is the ultimate determinator in this regard. It quotes psychology professor Michael Bailey as saying, “‘whatever causes sexual orientation is strongly influenced by prenatal biology,’” specifically exposure to certain hormones.

This article uses both authority and experience to establish credibility. Quotes and information from professors and scientists such as William Reiner and Michael Bailey give it authority, while the narrative about the twins in the study give insight into their personal experience.

Pro-Nurture Article 1: Article 1: Nature vs. nurture: Outcome depends on where you live

This is an interesting article that suggests not that nature and nurture influence development evenly, but rather that some characteristics are governed by nature or nurture depending on where the person lives.

Much like the first pro-nature article above this article recognizes the interconnectedness of nature and nurture, but in this case, the environment of where a person lives is the underlying factor.

This article is credible because the Telegraph is an established news website and the author, Nick Collins, is a Science Correspondent, making him established in his field.

In this article, the author, Robert Herritt, doesn’t debate on the side of nurture, but rather he brings the views of philosopher and cognitive psychologist, Jesse Prinz, to the foreground. Herritt recognizes that nurture supporters are rare, but notes that Prinz says a person’s environment affects “the way we think, learn language, acquire knowledge, choose sexual partners, and make moral judgments” more than genetics.

In this article, Herritt discusses Prinz’s book, which explains his views more in-depth.

Herritt establishes Prinz’s credibility by acknowledging his role as a philosopher and cognitive scientist at the City University of New York. And Herritt himself is a well-respected journalist.

This article is all about the way parents raise their children. It says that effective parents look at the nature aspect of their child’s development, but that the decisions these parents make have the largest impact.

The article goes on to say that parents can help or hinder progress, or push the child along certain developmental trajectories.

This article is credible not only because it was published by a university, but because it shows exactly where it got its information and gives links to those sources.

2 Neither Nature nor Nurture Articles

Neither Article 1: Nature vs. Nurture Is Beside the Point; Science Shows Belief in Environment’s Importance Makes a Difference

As you can probably tell from the title, this article is a bit different from the rest. It’s not actually saying that nature has a larger influence than nurture or vice versa. It does argue, however, that a person’s perception that nurture is more important allows for better development. You could argue that this would make it a pro-nurture article, but just because a person believes environment is more important doesn’t necessarily make it so.

Ben Wolford, the article’s author, establishes his credibility in two ways–he’s a very active science journalist who is respected in his field, and he cites his sources so readers can look at the original data he is reporting on.

Neither Article 2: Beyond Nature vs. Nurture

This article goes against a nature/nurture dichotomy. It instead suggests that the two influences are inseparable from each other. Most other writers and scholars hold the view that both have different roles in people’s lives, but this article takes it further, noting that the line is very fuzzy–that it’s not a competition but rather a partnership.

The authors of this article both hold PhDs and work at UC Berkeley. Kaufer studies and runs an entire laboratory on molecular biology, and Francis studies how the integration of biology, psychology and social influences affect people’s behavior and health.

It is important to note that the last two articles I mentioned should be used for reference and can give some support, but don’t structure your entire essay around them. Since they don’t take a side for either nature or nurture, they alone will not make for a very strong argument for your persuasive essay.

Now that you have some nature vs. nurture articles to get you going, you can move on to developing a strong argument, writing a killer outline, and then starting on your persuasive essay.

You might also check out these example essays on nature vs. nurture to get ideas for how you can tackle your essay.

If you need help deciding whether your argument is strong enough, or if you just need a few tweaks here and there, the Kibin editors are here to help.

Now… get to writing!