It’s 7:00pm, you just got out of chemistry class, and you’re starving–but you have that argumentative essay on fast food due soon!

A) trudge back to your dorm and rummage through your nearly empty cupboards for another meal of ramen noodles,

B) make a quick trip to the local market to buy some fresh food to make a healthy dinner, or

C) stop at your favorite fast-food joint to satisfy your cravings.

You might choose C, because you’re short on time. You have an essay due in a day or two, and you really need to get started on it, don’t you? Plus those salty, greasy fries will melt all your stresses away.

Since you’re short on time and might need a bit of inspiration to spark your creativity, check out these 20 fast food articles to help you get started on your argumentative essay. 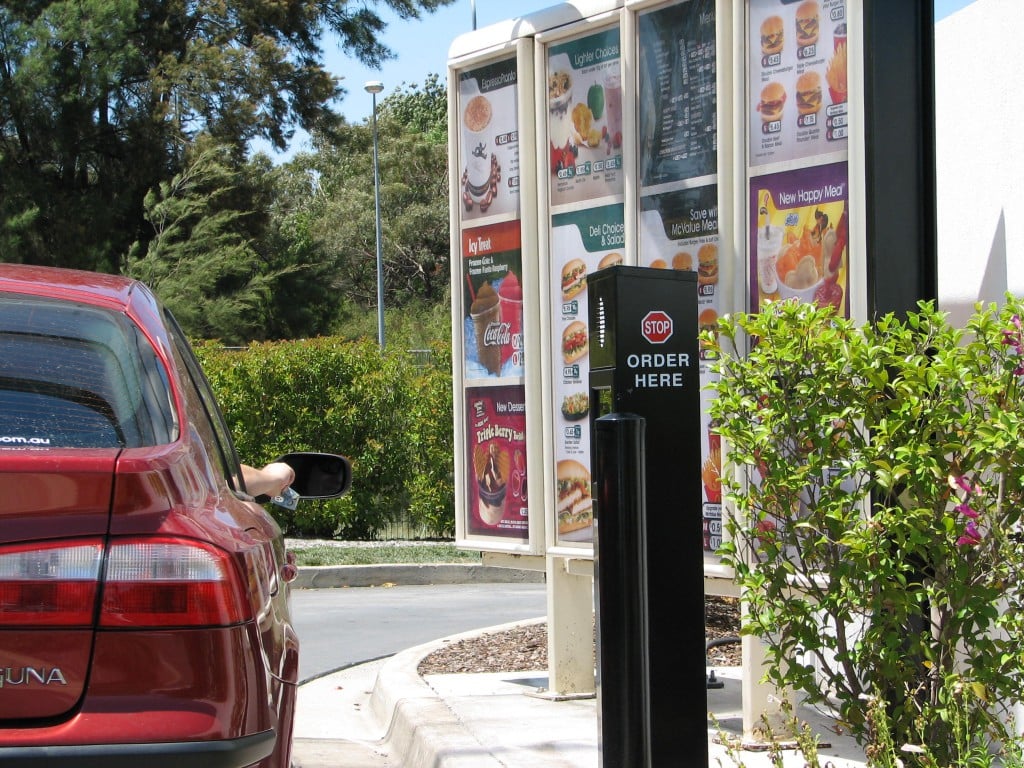 Though you might think any article that appears in your Google results is the perfect article for you paper, you really should be more selective.

It’s like ordering your fast food meal. You don’t stop at any fast food place. You weigh your options carefully. Do you want burgers? Do you feel like a burrito? Do you need a pizza?

Once you pull up to the drive thru, you don’t blindly order a #7, do you? You check out the menu (in case your meal number has changed) to find the perfect meal.

How do you know if a source isn’t crap and is actually credible?

Start by looking at the date it was published, who published the information, and whether or not the content meets your research needs.

For more information about determining a source’s credibility, read How to Apply the CRAAP Test to Your Essay Sources.

As you’ve probably figured out, writing about fast food in general is almost impossible because the topic is too broad. To help you out, I’ve narrowed “fast food” to 4 more specific and arguable topics and provided 5 fast food articles for each narrowed topic.

Writing about fast food in general is almost impossible because the topic is too broad. Narrow it down.

You can’t write an argumentative essay without a specific thesis either, so I’ve also included a thesis statement for each narrowed topic to help you focus your paper.

In addition to all of this, I’ve also included a summary of each of the fast food articles below and a full MLA citation. (Remember to change the date of access to the date you viewed the source.)

Each time you reference the article in your paper, don’t forget to cite the article using in-text citation, too!

Of course, if you’re writing in APA (or another citation style), you’ll need to change the citation to proper format.

That’s a lot of great stuff to get you started with your argumentative paper on fast food. (You can thank me later.)

Topic #1: Should fast food be banned? 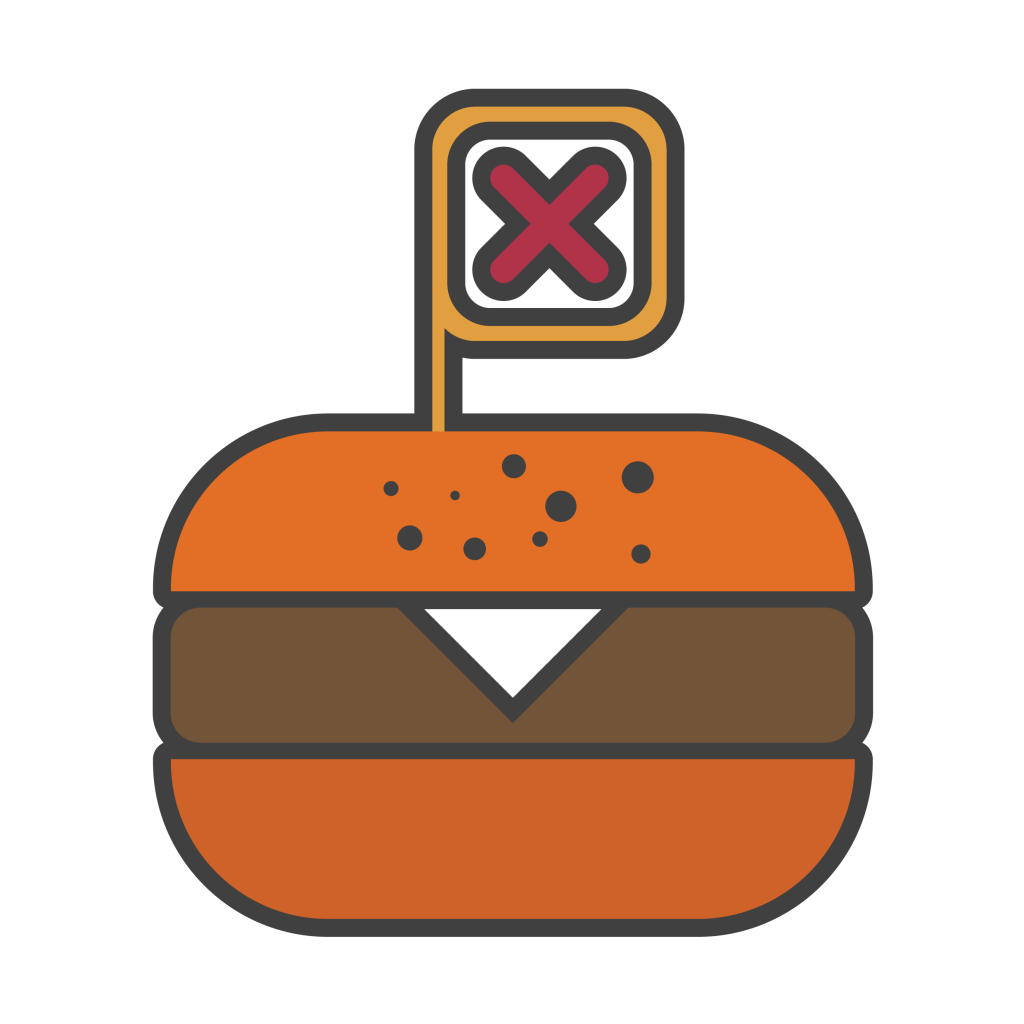 Sample thesis statement: Though banning fast food may seem like a simple solution to the obesity epidemic, a ban on fast food will not solve the problem.

Why the Fast-Food Ban Failed in South L.A.

Published by the well-respected online news source, The Atlantic, this timely article includes a brief commentary on banning fast food and explains why the ban failed in South L.A.

Members of the British Parliament (MPs) fight to ban fast food in hospitals, stating that hospitals should be encouraging a healthy lifestyle, rather than promoting junk food.

This article is considered credible, as it is published in the British news site, The Guardian (winner of the 2014 Pulitzer Prize), is written recently, and the information can be cross-referenced on other websites.

5 Reasons Fast-Food Should Be Banned

Published by Foods 4 Better Health, this article argues that fast food should be banned primarily due to its lack of nutritional content, its cost, and its effect on people’s health.

The website focuses on providing nutritional content for readers, and the fast food articles are written by doctors and nutrition experts.

In this UK article published by the respected Daily Mail, the author states fast food workers should refuse to serve obese people. He argues that this is not meant to be cruel or punishing, but it will help save people’s lives and encourage them to make healthier choices.

Food Advertisements: To Ban or Not to Ban?

The author of this article argues “we are obviously being conditioned to look at food as an entertainment.” He advocates for banning fast food advertisements to help prevent over-consumption of fast food.

This is a peer-reviewed article published in conjunction with the National Institute of Health. Information is cited and referenced. Thus this brief article passes the CRAAP test with flying colors.

Topic #2: Can fast food be healthy? 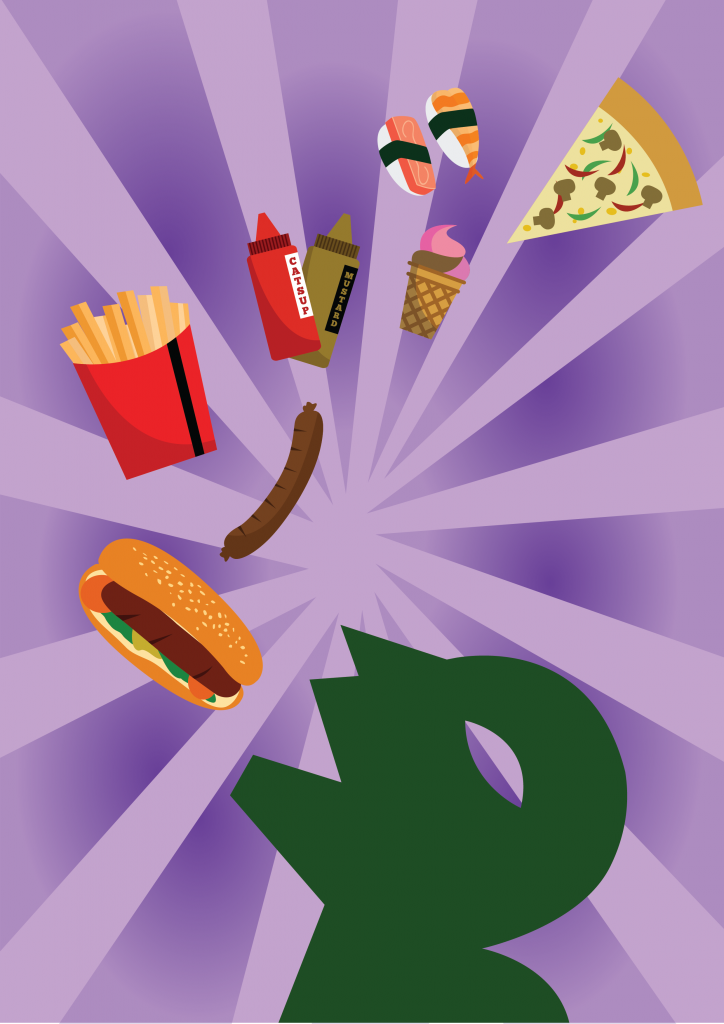 Sample thesis statement: Many people automatically assume that all fast food is unhealthy; however, it’s still possible to eat a healthy meal at a fast food restaurant.

Fast-Food’s Immediate Damage to Your Health

Published in Huffington Post, a respected online news source, this article reports the results of a study that found people’s arteries were affected after eating only one fast food meal. Because the arteries dilated less after eating the meal, researchers reported that this was a clear indication that fast food meals could be a precursor to hardening of the arteries.

The Effects of Fast-Food on the Body

This article summarizes the effects fast food has on the digestive and cardiovascular systems, the respiratory system, the central nervous system, and skin and bones.

This article is considered credible, as it is medically reviewed by an MD and published by Healthline, whose mission is to provide objective, trustworthy, and accurate information.

Healthy Fast-Food: Is Fast Food Always Bad For You?

Joanna Dolgoff, MD and published author, argues that although most fast food meals are unhealthy, it is possible to choose healthier options. She provides a series of tips, such as choosing smaller sizes, skipping soda, and special ordering food to help consumers select a healthier meal.

Published by the American Heart Association, this brief article explains that although most fast food meals are unhealthy, consumers can make smarter choices by staying informed and choosing healthier menu items.

This article provides basic advice for readers to help them choose healthier fast food options. Also included in the article are a number of fast food menus to help readers learn more about the nutritional content of fast food items.

Help Guide’s motto is “A trusted non-profit guide to mental health and well-being,” and the website offers practical health advice and resources.

Sample thesis statement: Fast food workers deserve an increase in pay because the current minimum wage is not a livable wage, and a higher minimum wage will improve the overall economy and reduce reliance on public programs.

This article summarizes the findings of a study that indicates more than half of fast food workers receive some form of public assistance due to such low hourly wages. The author argues that minimum wage must be raised.

The roots of this website and organization date back to 1912, and “The Michigan League for Public Policy is a nonpartisan policy institute dedicated to economic opportunity for all.”

This article cites evidence from a study that reports a staggering number of fast food employees receive at least one form of public assistance. The article also references another study that reports $3.8bn is spent annually on public assistance for employees of the 10 largest fast-food chains, and McDonald’s accounts for $1.2bn of the funds. Furthermore, this estimate may be low, as the research does not include other forms of assistance, such as subsidised housing, school lunches, home heating assistance, or other state programs.

In this op-ed piece published in The New York Times, governor of New York State Andrew M. Cuomo advocates for an increase in the minimum wage of fast food workers. Although the current minimum wage will be $9 by the end of 2015 in New York, the governor is proposing a raise in minimum wage to $11.50 in New York City and $10.50 in all other areas of the state.

This article argues for a raise in minimum wage for fast food workers and also includes an infographic that breaks down the average yearly cost of “low-wage workers’ public assistance.”

This is a recent article published by the well-respected Huffington Post.

Raising the Minimum Wage Is Still a Bad Idea

This article argues that increasing the minimum wage (for not only fast food workers, but for all workers) will not help poverty rates, but will instead likely decrease the number of available jobs.

Bloomberg is an established news source that focuses on business and financial information. 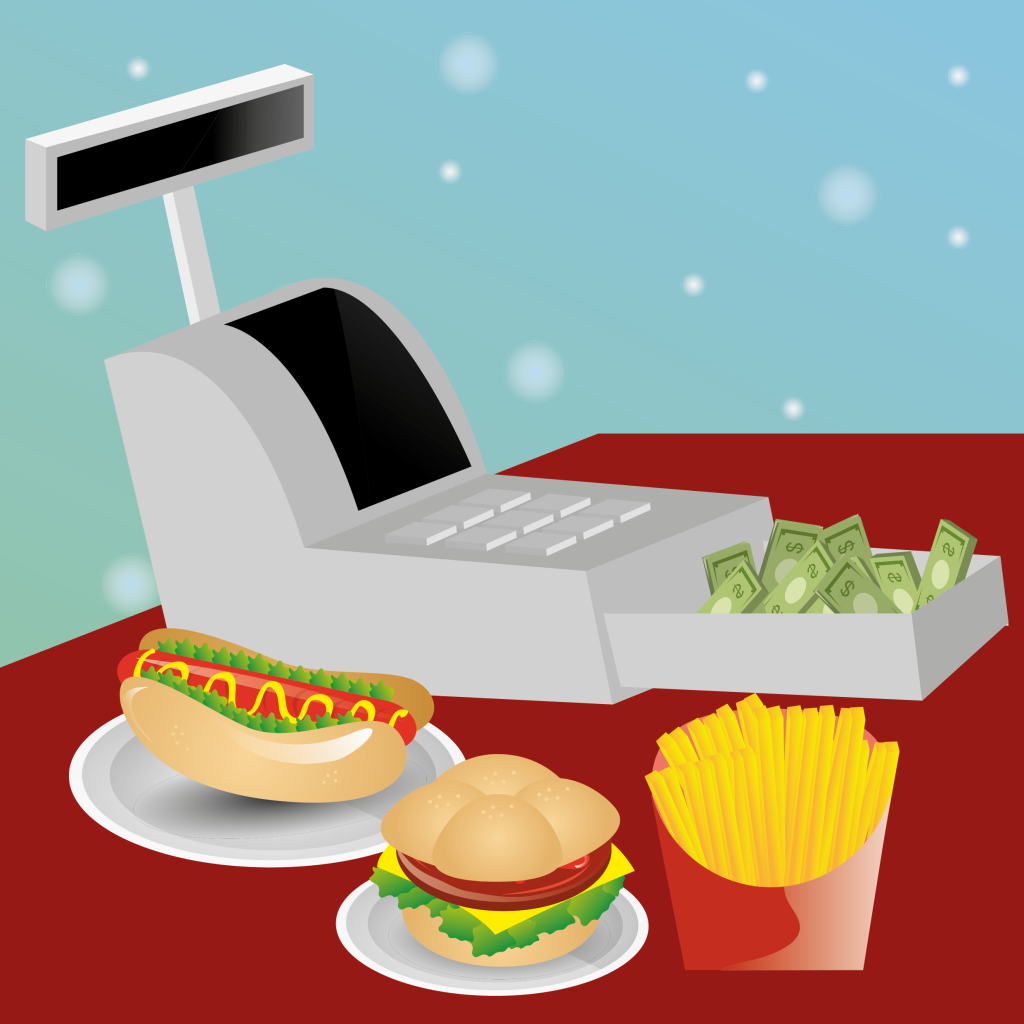 Sample thesis statement: Though fast food may be seem cheaper, it is actually more expensive than home-cooked meals, especially when adding in the hidden costs of fast food.

Columnist for The New York Times, Mark Bittman, explains that fast food actually costs more per meal than a traditional home-cooked meal. He also argues that part of the reason why fast food is so popular is simply because people see cooking as work. Getting people to see the joys of cooking, he states, will do more to help people’s health than convincing fast food establishments to offer healthier choices.

This light-hearted article and video challenge a family to see which is more costly and more time-consuming: fast food or home-cooked meals. The results found that it’s certainly cheaper and often quicker to cook at home.

This timely article is published by the long-time news source ABC News and is considered credible.

The author, Tom Philpott, references Mark Bittman’s New York Times article (see above) and argues that Bittman fails to address the cost of personal labor for cooking and cleaning up after a home-cooked meal. This, of course, increases the cost of home-cooked meals. Philpott also suggests that more cooking classes be offered to teach Americans the increasingly lost art of cooking.

A healthy diet costs $2,000 a year more than an unhealthy one for average family of four: Harvard study

This Canadian news article cites a Harvard study that examines the cost of a healthy diet. The author argues that the extra $2000 cost per year of cooking healthy meals far outweighs the hidden costs of obesity and other health-related issues that are often caused by a poor diet. 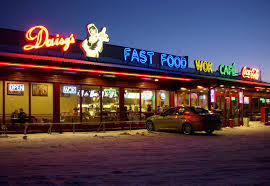 Okay, you have a topic, a working thesis statement, and a few fast food articles to start your research. It’s kind of like ordering your fast food meal: you have a burger, a fry, and a soda.

What’s next? Add the extras to make your meal complete.

If you’re about ready to enjoy your meal, you might decide you need some salt, ketchup, mayo, or some other condiment to add that finishing touch. If you’re writing an argument essay, you might need a few more sources to create an effective argument.

Check out 5 Best Resources to Help With Writing a Research Paper to find the extra sources to make your paper delicious!

Also, check out these example essays on fast food to help inspire you.

Ready to see if your paper earns a 5-star review? Have a Kibin editor review your argument essay.