If you’re anything like me, you probably read through The Scarlet Letter the first time and wondered how on earth colonial Puritans could possibly be relevant to your life today.

Well … that’s the beauty of literature. Even though a story may be set in a time period you cannot relate to, the idea behind it can be timeless.

Analyses of themes are important because they can make a story like The Scarlet Letter relatable even though you don’t live in a Puritan village.

Some themes will be more obvious to you than others, so choose a theme that you can support with plenty of evidence from the text.

Choose a theme that you can support with plenty of evidence from the text.

Let’s get into it, shall we? I’ll give you a few themes you can use as examples for your own essay. I’ll also show you an example thesis statement, so you can create an A-worthy opening for your essay.

4 Themes in The Scarlet Letter

Themes in The Scarlet Letter #1: Identity

Different themes in The Scarlet Letter apply to different characters, and the theme of identity is most applicable to Hester. From the beginning of the book, the people of the Massachusetts Bay Colony determine Hester’s identity for her.

She’s publicly shamed and forced to wear an A on her clothing, so everyone knows her as the adulteress. But she’s a much more complex character than that. As the story continues, she begins to form her own identity.

Hester is a mother and an independent, strong woman. Perhaps because she is isolated from the rest of society, she takes her identity as a mother very seriously. After some time, she starts interacting with the community again.

She helps the poor and tries to be a good person, despite what society may think of her. As she develops her own identity, the symbolism of the A changes from a mark of sin to one of self-empowerment.

So what do you do with this information? First, study the text and get evidence from the book to back up these claims. Then figure out what your thesis statement is going to be.

The theme of identity is pervasive throughout The Scarlet Letter as Hester Prynne sheds the identity society has given her and, through good deeds and motherhood, creates a new one for herself.

Themes in The Scarlet Letter #2: Sin 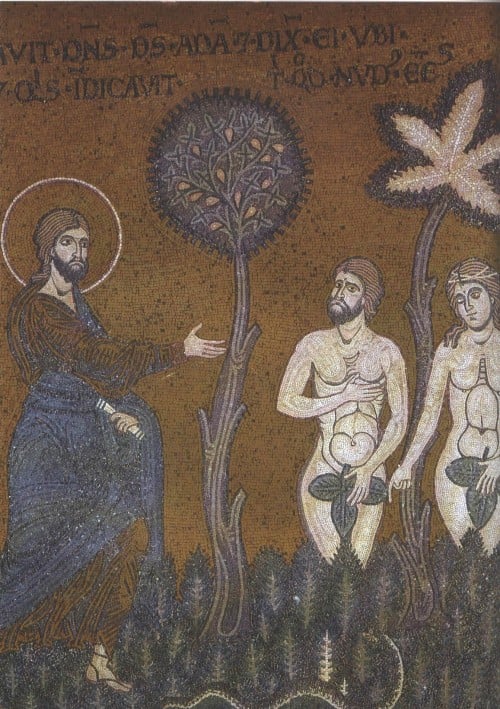 The Puritans were a pretty intense group of Christians. They didn’t believe in music or dancing, and they were especially cruel to sinners—even though everyone sins. Sin as a theme asks the question, “What does sinning really mean?”

The story opens with Hester being publicly shamed for committing adultery. And while the Puritans view all sins as being equally bad, The Scarlet Letter puts forth a different notion.

Instead of acknowledging Hester’s very public sin (adultery, which the whole town knows about), the story delves into the private sins of Chillingworth and Dimmesdale.

Your grades will thank you.
Never miss a post. Get free weekly writing help delivered straight to your inbox!
Yes! Sign me up.

But don’t feel too badly for Dimmesdale—he suffers a huge sin of his own. He’s a hypocrite (and we’ll get more into this in a second). He publicly shames Hester even though he’s the “other man.” Dimmesdale earns the respect of the public by denying his own sin while condemning Hester’s.

In the end (spoiler alert), both Chillingworth and Dimmesdale die— showing the reader that their sins were the ones deserving death sentences, not Hester’s act of adultery.

For a thesis statement, I might write the following:

In The Scarlet Letter, Nathaniel Hawthorne explores the theme of sin in Hester Prynne, Dimmesdale, and Chillingworth. Although it seems at first that Hester has committed a serious sin—adultery—it is Dimmesdale and Chillingworth who are the true sinners as they are consumed by the sins they commit.

Themes in The Scarlet Letter #3: Hypocrisy

The entire community respects Dimmesdale—he’s a great orator, and he helps people when they’re in trouble. He condemns Hester for her adultery because it is what is expected of him, but he also shows her some compassion. After all, she is his lover.

But while Hester is treated as an outcast, Dimmesdale is praised as an honorable guy—even though they participated in the same sin. Doesn’t sound very fair, does it?

Eventually, Dimmesdale’s hypocrisy eats him up inside. He feels guilty about it, and an A appears on his chest as a physical representation of his sin.

I don’t want to be a hypocrite and tell you how easy it is to write a thesis statement for this theme while not actually offering an example myself. So here it is:

Through Dimmesdale, The Scarlet Letter shows readers how dangerous hypocrisy can be and how it can take over a person’s life. Dimmesdale’s hypocrisy over Hester Prynne’s adultery and public shame consumes him and, eventually, is the cause of his death.

Themes in The Scarlet Letter #4: Revenge 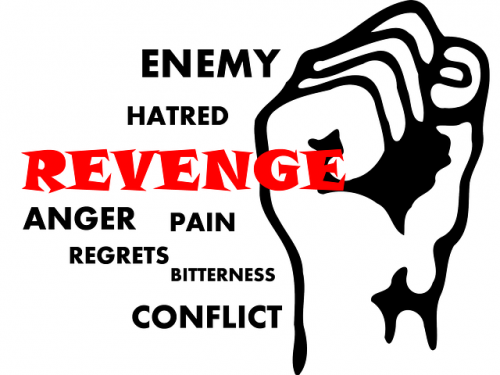 Chillingworth is the type of guy who is worthy of sending chills down anyone’s spine (maybe the reason for his name?). He is the epitome of evil in The Scarlet Letter, and his primary act of evil is seeking revenge on Dimmesdale.

Chillingworth never really loved Hester, but he is certainly angry when he finds out she had another man’s baby. He decides that her public humiliation is torture enough and decides to find her lover and take revenge on him—which he does.

Chillingworth poses as a doctor and manages to get very close to Dimmesdale, who he begins to torture. I’m sure he could have easily killed Dimmesdale (and not thought twice about it), but he decides to make it a much more agonizing process.

He slowly tortures Dimmesdale until the reverend really cannot stand it anymore. Chillingworth represents revenge to such an extreme that once Dimmesdale confesses his sin in front of the town, Chillingworth dies because he doesn’t get to seek revenge anymore—his life’s mission is over.

All right … last thesis statement, and then you’re on your own:

The theme of revenge in The Scarlet Letter is embodied by Chillingworth, who represents pure evil. Chillingworth is so consumed by his plans for vengeance that he makes it his ultimate life goal and quickly perishes once his goal is fulfilled.

See, not so bad right? The themes of identity, sin, hypocrisy, and revenge in The Scarlet Letter are still significant in today’s society—even if we’re not all Puritans. Now that you have some examples and ideas, you can confidently write your analysis.

But before you go, take these bonus tips and extra guidance with you. If you want to ensure your analysis is top-notch, check out these 8 Components of a Smart Literary Analysis and provide commentary, not summary.

You can also check out these Literary Analysis Essay Tips from a Kibin Editor.

Still a little unsure on how to flesh out your essay? Try reading some example essays that dissect various themes in The Scarlet Letter. Here’s a few to get you started:

Now, you should be good to go off on your own, yes?

Once you’ve cranked out your essay draft, if you’re still unsure if your essay is A-worthy, send it to our Kibin editors for review. With our help, you can earn that A to wear proudly.