20 Unique Research Paper Ideas That Will Stand Out

Unless your prof has taught a grand total of no more than one course in her teaching career, chances are she’s already tired of reading papers about topics like these:

While it is possible to write a uniquely fascinating research paper about one of the above topics, more often than not, papers about these types of topics are a real snoozefest for profs.

Want to impress your professor with something a little more interesting? Try one of these 20 unique research paper ideas to make your paper stand out. 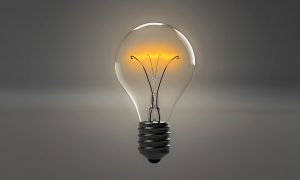 There are tons of interesting and unique research paper topics out there, so I can’t cover them all here. I have, however, divided my list of 20 research paper ideas into five separate categories.

I’ve also included a few links with more information about topics, writing suggestions to help you get started, and several example essays for added inspiration.

If you’re researching unusual laws, like those I’ve listed here, you can approach your research in a number of ways.

For instance, you might pick one of the laws included in this list and research it in-depth. You could examine the origins of the law and whether it’s even enforced today. You might also research laws in other states and compare and contrast various versions of similar laws.

If you’d rather discuss more than one unusual law in your research paper, try researching unusual laws in your state or city. You could also focus on a type of law, such as laws about profanity, music, or marriage.

Regardless of your approach, here are five unusual laws to get you started.

#1: No dueling in Kentucky

In Kentucky, when taking an oath, one must state he or she has not “fought duel with deadly weapons.” I’m pretty sure there aren’t too many duels anymore, and this section of the oath could probably be eliminated.

In Arlington County, Virginia, anyone swearing in public may be fined $250. (The same fee can be assessed for public intoxication.) This law is probably rarely, if ever, enforced as attitudes about language have changed since the law was written.

#3: No dancing to the “Star Spangled Banner” in Massachusetts

Forget taking a knee when the National Anthem plays. In Massachusetts, you can be fined $100 for dancing to the “Star Spangled Banner.” (I don’t know about you, but I’ve never really thought of it as a danceable song.) 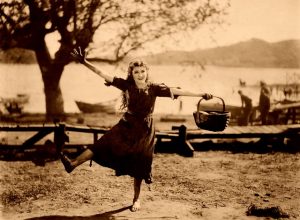 #4: No government regulation on food or drink portion sizes in Mississippi

In 2012, New York’s then-mayor Michael Bloomberg proposed limits on the size of sodas that could be sold. In response to Bloomberg’s proposed bill, Mississippi passed a law stating that the Mississippi government would not regulate portion sizes of foods or drinks.

Interested in learning more about portion sizes of meals in America? Read The Factors Leading to the Huge Food Portions in America.

#5: No impersonating an auctioneer in Rhode Island

Though I’m not sure why anyone would do such a thing, in Rhode Island, you can be fined $20—$100 for impersonating an auctioneer.

Should you decide to write about a hobby, sport, or pastime, you could compare and contrast two somewhat similar sports, such as skiing and snowboarding or softball and baseball.

These research paper ideas also lend themselves to persuasive or argumentative essays.

Ever argue with someone over whether cheerleading is an actual sport? That dart throwing or maybe esports should be allowed as Olympic sports? Whether contests, such as competitive eating, should even be contests?

Not sure which topic to focus on? Here are five research paper ideas.

You might try researching your favorite sport from its beginnings or research the sport since it became part of a professional league. You could also steer clear of professional sports and only focus on a sport as a favorite pastime and how it has evolved through the years.

If you want to see an example of how you might write about the history of a sport (or how you might narrow your topic a bit) take a look at The History of Baseball in America.

Love jumping out of a plane? Does diving off a cliff sound like a heckuva lot of fun? If so, this might be the perfect topic for you as you can explain what makes adrenaline junkies tick.

If your idea of adrenaline-pumping behavior is sneaking 11 items in the 12-items-or-less line, you might also find it fun to research why people feel the need to engage in these activities. 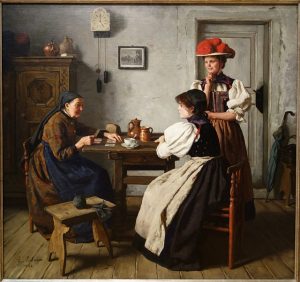 Having your palm read can be fun, but do you actually believe what you’re told? While some people swear by palm readers, others believe it’s no more than entertainment.

The U.S. is full of such displays of gluttony, from hot-dog-eating contests to restaurants that give away free food if you can eat a giant steak or a platter full of burgers in an hour. Should this type of competition be permitted? Does it contribute to obesity concerns? Is it just a fun, friendly competition?

I’m guessing not a whole lot of people are familiar with the ins and outs of eggshell carving. So researching this topic would mean that you’d need to provide your readers with a fair amount of background information to let them know how it’s done.

If you have an engraver, a few dozen eggs, and a whole lot of patience, you might even want to make eggshell carving one of your new hobbies.

5 customs around the world

If writing about world customs, you might compare customs in various countries, explore the origins of customs, or argue whether a certain custom should continue.

Check out these five that may inspire your next paper.

If you practice endocannibalism, you’re eating the flesh of a dead person in your community, village, or tribe. When I think of people tearing at people and eating their flesh, I think of zombie films. This might be the perfect time to wow your prof with your expert analysis of zombie movies and endocannibalism!

Chocolate-covered crickets anyone? Entomophagy is the practice of eating insects. Though many insects are said to be quite nutritious, getting used to the thought of dining on bugs is a hard concept to swallow.

Chocolate-covered crickets anyone? Research entomophagy for a unique, if hard-to-swallow topic. 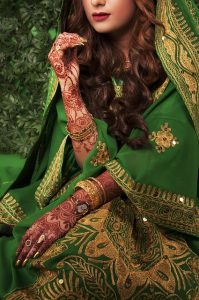 Mehndi is a little like a temporary tattoo. It’s made from henna and is often applied as body art on the hands and arms of women during wedding ceremonies.

Looking for ways to write about this topic? Try drawing comparisons between mehndi, tattooing, and other forms of body art. You could also research the history of body art.

If you ever placed one of your baby teeth under your pillow and waited for some cold, hard cash to appear from the Tooth Fairy, you’re certainly familiar with this tradition.

In other countries, though, children throw their teeth into the air or toss them on the roof in hopes of treats or developing strong adult teeth.

Most of us know all about the major players in history, but what about the lesser-known people? Their stories are just as fascinating, if not more fascinating, than their more famous counterparts.

Peggy Shippen was Benedict Arnold’s wife and was also a traitor during the American Revolution.

An essay about Peggy Shippen might focus on her life or her role as Arnold’s wife. You could even develop a comparison of Shippen and Arnold to other infamous crime couples, such as Bonnie and Clyde.

If you’ve ever watched any amount of television (and I’m sure you have), you can thank Philo T. Farnsworth as he was a pioneer in television technology.

You might consider his role in shaping society, pop culture, or the start of technology addiction.

Most likely, the number 007 conjure images of Bond, James Bond, but the numbers 355 don’t have us automatically thinking spies and secret agents.

This topic might be a great opportunity to compare and contrast reality vs. fiction or real-life spies and their techniques.

Charles Deslondes led the largest slave revolt in US history. If writing about Deslondes, you could focus on biographical information and his role in the revolt or compare this revolt to others. Or you might include it in a larger context of revolts and uprisings.

Wife of President Woodrow Wilson, First Lady Edith Wilson acted in what she called “stewardship” and assumed some of her husband’s presidential power when her husband was recovering from an illness.

Writing a Research Paper That Will Stand Out 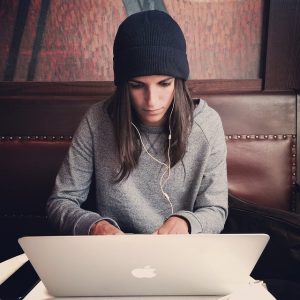 Here are a few additional resources to help you do just that:

Want to make sure your essay truly stands out above the rest? Let a Kibin editor help.