How to Write a Death Penalty Essay the Smart Way

For those of you who aren’t exactly fans of essay writing, standing in front of a firing squad might seem like a better option than having to write another essay about the death penalty.

I hear ya. This is a long-debated topic and one that can be challenging to write about because it can seem like there’s nothing new to say.

But if you do decide to write about the death penalty, or if your professor has already decided that for you, here’s how to write a death penalty essay the smart way. Avoid these ineffective writing strategies that will waste your time and likely earn you a poor grade.

Cliches are tired, old expressions that are overused and don’t add anything new or original to your writing.

For example, if you’re arguing in favor of the death penalty, don’t simply state that someone should be executed because that person took a life. In other words, don’t argue “an eye for an eye.”

If you’re arguing against the death penalty, on the other hand, don’t say “two wrongs don’t make a right” or “you can’t stop violence with more violence.”

These expressions aren’t actual evidence. They just take up space and weaken your credibility because readers will think you don’t have any specific evidence to support your arguments.

Arguments based solely on religion

Unless you’re in a religious studies course or you’re specifically assigned to write about the death penalty from a religious point of view, you should generally steer clear of faith-based arguments.

Most professors want to see statistical, research-based evidence from scholarly sources rather than evidence from religious texts.

The death penalty is an emotionally charged topic, and we all have our own opinions about whether it should be legal. Your goal is not to present an angry rant about the legalities of capital punishment.

Remember, you’re writing an academic essay. Pay attention to the tone of your writing.

How to Write a Death Penalty Essay the Smart Way Step #1: Know the basics about your assignment

Before you begin, make sure you understand your assignment. Are you supposed to write an opinion essay, an argument essay, a pros and cons essay, or some other type of paper?

Do you need to use sources, and if so, what types of sources are acceptable? Can you use Wikipedia, or do you have to use peer-reviewed journal articles?

If you need sources, what type of citation style is required? Should you use MLA citations or APA citations?

These are all basic components, but they’re important. Getting one of them wrong could turn your A paper into a D paper.

Think about it. If you’re supposed to write a research-based argument essay using only scholarly sources and you turn in a pros and cons paper citing only websites like Wikipedia, what do you think your grade will be?

Step #2: Decide your focus and thesis

If you’re writing about the death penalty, your first thought is probably to write an argument essay about why the death penalty should or should not be legal. This is certainly an appropriate topic and focus (especially if that’s what you have to write about). But if you have some leeway, why not choose a more original focus?

Liven up your death penalty essay with a more original focus–for example, the appeals process.

Here are a few suggestions:

With your topic firmly in place, write a thesis statement that identifies the specific focus of your topic.

Keep in mind that if you’re writing an argumentative paper, your thesis will be argumentative too. It should let readers know on which side of the argument your paper stands. “It has long been debated as to whether the death penalty deters crime.”

This thesis statement not only starts with a cliche, but also makes a general statement about the death penalty. It’s not argumentative.

This thesis is much more specific and provides a clear argument.

I’m not positive, but I’m guessing that if you have to use sources for your death penalty essay, you aren’t allowed to use the dictionary definition of “capital punishment” or a Wikipedia article about anything.

This means you’ll need to complete at least some amount of research.

Here are a few credible death penalty news articles to get you started:

If you’re looking for a few more basic online news articles, try these death penalty articles. This list of 50 facts about the death penalty from the Death Penalty Information Center might help spark some ideas too.

If you’re not allowed to use websites, then it’s time to find something a bit more academic. Check out the 5 Best Resources to Help With Writing a Research Paper.

Not sure whether your sources are credible? Apply the CRAAP Test! You have a topic, focus, thesis, and sources. Now comes the fun (and I use that term loosely) part: organizing all that information into an effective essay.

To begin, look through your sources again, and take some notes to highlight key ideas. Then start to sketch out what you think might be the main points of your paper.

Then, use an outline to put your ideas into place.

If outlining isn’t your thing, try another form of prewriting, such as listing or clustering. With topic selection, researching, and organizing behind you, you can move into the final steps of the writing process—actually writing the paper!

Don’t worry if you can’t think of a catchy introduction right away. Skip it. You can always write the introduction last.

You might want to start writing the body and the key arguments of your paper. If you’re not sure what type of information to include, read 3 Types of Essay Support That Prove You Know Your Stuff.

Don’t forget to wrap up your ideas with a killer conclusion!

Need a few essay ideas for inspiration? Check out these sample papers:

Even a well-written draft is just that—a draft—and a draft can usually be improved. That’s where we come in.

Have one of our editors review your death penalty essay to make sure you’re not guilty of any writing crimes! 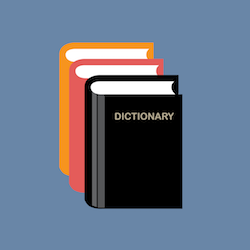