5 Ways to Break the Rules in Your Creative Writing Essays

Some of the greatest figures in our human history have been rule breakers.

There were the American revolutionaries who refused to pay their taxes without being represented in the British parliament.

There was Nelson Mandela who joined the African National Congress and fought against Apartheid, which had been the law of the South African land since 1948.

And of course, there’s the Woody Guthrie aficionado at my local park who refuses to adhere to the fascist signage. 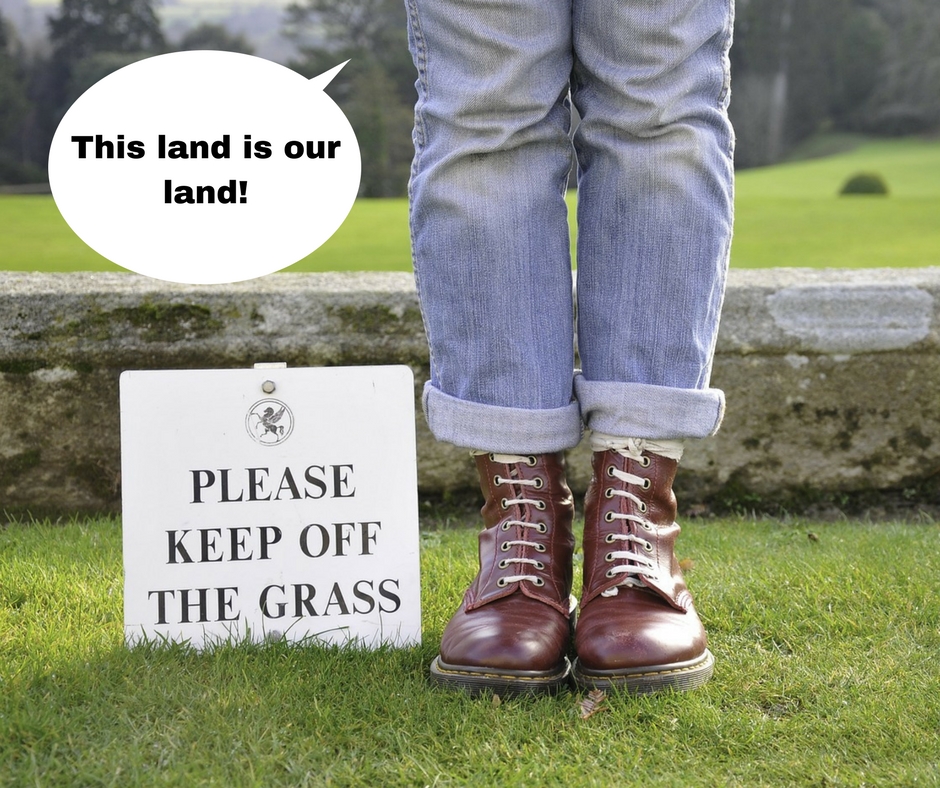 Well, today is your day.

For years you’ve been told the proper way to write an essay. You’ve been caged by the five-paragraph structure. You’ve been chained to the compulsory thesis statement. You’ve been force-fed a steady diet of transition words and topic sentences.

Sorry, I’ve been watching too many Bill Pullman movies lately.

Anyway, here are five ways to break the rules in your creative writing essays.

Wait, wait, wait. What the heck are creative writing essays?

When I hear “creative writing” and “essay” together in the same sentence, it’s a bit like rubbing my belly and patting my head. They aren’t meant to be done at the same time, so stop asking me to do it!!

Creative writing and essays do seem antonymic in my mind. I mean, an essay is about structure, fact, and research. Meanwhile, creative writing is about imagination, characters, and story-telling.

So what are creative writing essays?

Well, it’s important to first understand that “creative” and “fictitious” are not synonymous. Just because a writing is creative does not mean that it’s made up.

So instead of focusing on being informative and persuasive, as most essays do, the creative writing essay allows the writer to present a subject by telling a (most likely personal) story.

This injection of beautiful, beautiful creativity means the majority of those essay-writing rules of the past can be chucked from the balcony.

So let’s take a look at some of the ways you can break the rules in your own creative writing essay.

As I mentioned above, the lens through which the writer of a creative writing essay approaches his or her work is often personal.

This is a big departure from the world of academic writing, in which it’s a cardinal sin for the essayist to write in the first person.

Well, your writing soul is safe here. In fact, the majority of creative writing essays are memoirs. Now, I’m not talking about a straight-up autobiography (though those would certainly be considered pieces of creative non-fiction).

Instead, think more along the lines of writing an essay about the effects of climate change through the lens of your volunteer experience in Haiti. 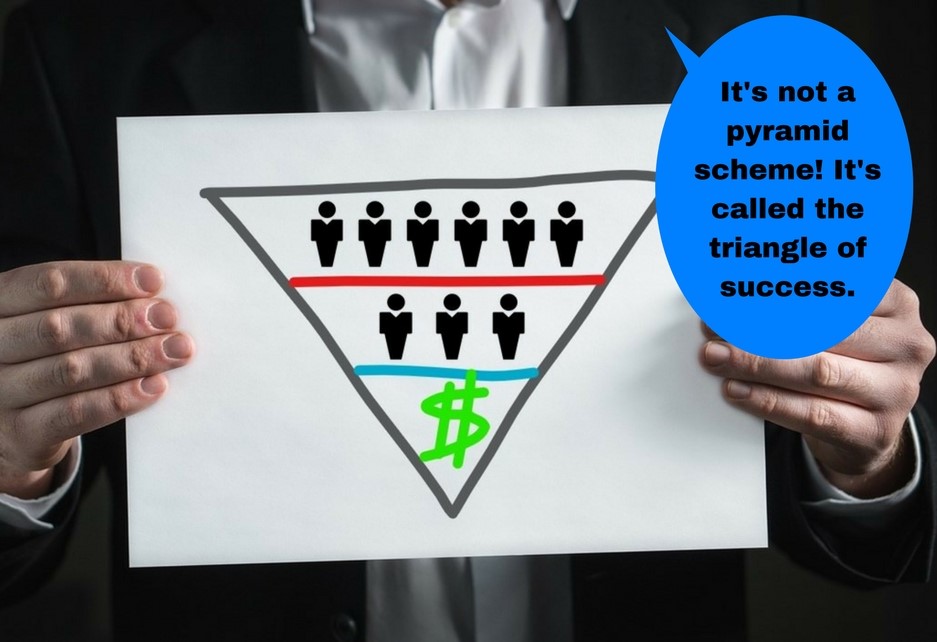 Or an essay about fair business practices through the lens of your last failed venture.

The majority of creative writing essay assignments will not only allow the writer to get personal, but will actually encourage it.

2. Outline Outside the Lines

Throw out the crazy-looking webs and clusters. Instead, let’s get creative with our prewriting strategies.

As in any piece of creative writing, it will be important to grab your readers’ attention. You want to transport them to the time and place where your story took place and keep them there for the entirety of your essay.

To do this, you must have a logical narrative structure with seamless flow. So why not map out your story like the greatest storytellers do?

Myriad writing programs are available online (many of which are free), and some of the most successful writers in the world use them.

For example, I use a screenplay writing program every time I embark on a creative writing journey. Such programs include great outlining tools that can help you get your “scenes” in order. This can be an amazing asset when deciding on the best narrative structure.

I hate to dog on the five-paragraph structure because it is an incredibly useful tool for beginning writers.

Its strength lies in its ability to serve as a blueprint for a good essay, ensuring that the writer includes all the requisite aspects of a strong argument. 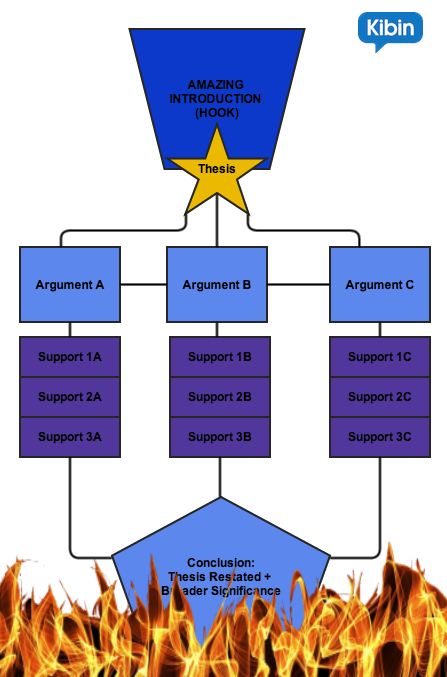 However, I’ve been bragging throughout this post about throwing many of these aspects out the window, so let’s do the same with the five-paragraph essay structure.

Besides, the creative writing essay isn’t really about making an argument. It’s about telling a story. And not all stories fit a mold.

The best way to tell your story is whichever way engages the audience and gets your point across. Restricting yourself to five paragraphs is not going to help you do either.

4. Take Your Time in the Intro

In a typical essay, you’re expected to use the introduction to quickly address your argument so that you can move on to defending it in the body of your paper.

The creative writing essay is a bit different. Although you will be making a subtle argument later in your writing, the backbone of your essay will not be your argument, but instead your story.

Instead of rushing to present an argument, you’ll be using the introduction to draw your readers in emotionally, which takes time.

So the goal is to hook your readers in the opening paragraph of the narrative so that they keep reading, then build your story so that they are transfixed. And then you show them what you learned through this experience.

The hope is that they’ll learn it too by reading about it.

This is a tough one to throw out there. If you abuse it, your essay will be a sham. However, there are instances in creative writing where it’s acceptable to take liberties in your writing. 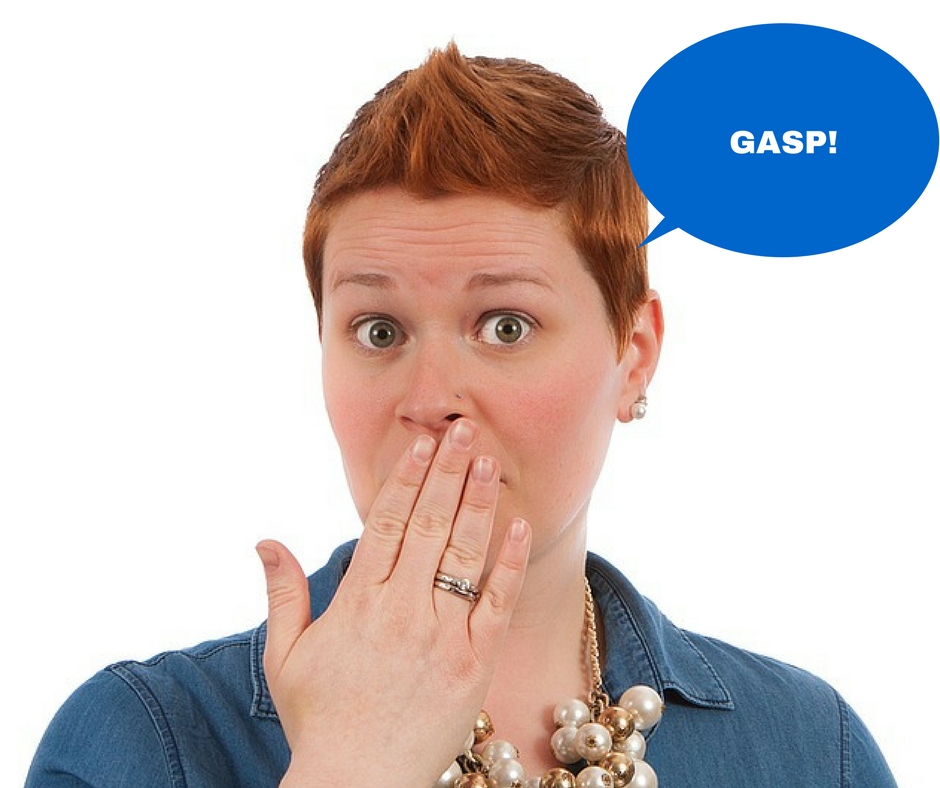 By this I mean there may be points where you purposely write something that isn’t exactly true.

Yes, yes, get your gasps out now, but then let me explain.

Let’s take a look at In Cold Blood by Truman Capote, one of the greatest pieces of creative non-fiction in history.

The last line of the book reads, “Then, starting home, he walked toward the trees, and under them, leaving behind him the big sky, the whisper of wind voices in the wind-bent wheat.”

Was the wind blowing that day? Perhaps. Yet perhaps it wasn’t. Does it matter?

If on most days the wind is blowing through the wheat in alliterative ways, then Capote can take some liberties here, saying it was blowing on this particular day as well.

Let me be clear: any liberties taken with hard facts will tank your essay. When you take them, if you take them, make sure you only take liberties related to inconsequential moments that affect nothing more than the atmosphere of your writing.

And with that, we have arrived to the end of our anarchist blog post on creative writing essays. Rules can be a detriment to writing creatively, so have some fun breaking them in your next paper.

If you’re unsure about some of your decisions in your own creative writing essay, send your draft to one of the skilled editors at Kibin. They will not only proofread your essay, but also give you suggestions to further improve your writing skills.