33 Commonly Misused Words (and How to Get Them Right)

I’m pretty sure we’ve all texted someone and experienced autocorrect turning our statements into nonsensical garbage or something totally unintended.

If you’re texting your friends, they may reply with some choice acronyms or laugh it off because they know exactly what you meant to type.

These types of mistakes are common in texting, and if you’re texting among friends, it’s (usually) not a big deal if autocorrect forces you to misuse a word or two.

Even if you misuse a few words all on your own and type “there” instead of “their” or “accept” instead of “except,” most people will overlook it.

That being said, I bet you can guess who won’t laugh it off or overlook it if you misuse words, can’t you? Yep. Professors. They’re sticklers for those types of things.

So avoid the embarrassment of misusing words, and check out these 33 commonly misused words and how to get them right. 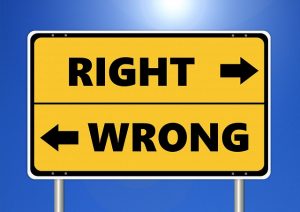 33 Commonly Misused Words (and How to Get Them Right)

If you’re writing an essay for an English class, chances are you’re pretty vigilant about getting the right word on paper (or on the screen). But don’t make the mistake of thinking that because you’re writing a paper in your history or science class, you shouldn’t be just as vigilant.

Trust me, most profs care about the written word, and they expect you to do the same. In order to make a good impression, make sure you’re using words correctly. Here’s how you do it.

This Word or That?

Ever start writing and then pause and wonder which word should I use in this situation? If so, check out these commonly misused words that sound similar (or even sound alike) but have different meanings.

Affect means to make a change or difference. It can also mean to move someone emotionally.

Working at the animal shelter last summer affected me greatly as I was stunned at the number of homeless animals in my community.

Effect means a change that has resulted from another occurrence or action.

The shelter’s ad campaign had an enormous effect on adoption rates last weekend.

A compliment is the kind words you give to someone as praise. (You know, like telling your girlfriend she has an awesome new haircut. Compliments can go a long way in making someone’s day, so as Mom might say, “Be generous with them.”)

She complimented her friend on her new boots.

Complement means to add something that improves or enhances something else in some way.

Her new boots complemented her jeans.

A car won’t stop if its brakes aren’t working properly.

It’s is a contraction for “it is.”

This one can be tricky because we usually think of using an apostrophe to show possession. Not this time. (The English language is screwy like that.)

A principle is a truth, law, doctrine, or rule of conduct.

There are three core principles of meditation.

A principal is often a person in a position of authority or the head of a school. (Some people remember this one by following the old saying, “A principal is your pal.”)

He was the principal architect on the job.

He is the principal of Springfield Elementary. 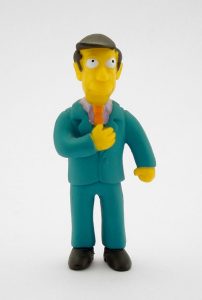 Less refers to a volume or an amount (i.e., something that can’t be physically counted).

There seemed to be less interest in the football after-party this year.

Fewer generally refers to a set number of something that you are able to count individually.

Cite means to give credit to or quote an authority or source. (Think of MLA format and writing a Works Cited. A Works Cited is a list of all of the sources you’ve cited in your paper.)

I cited four sources in my research essay about successful businesses.

Site refers to a place or location.

The company chose a new site for its headquarters.

A council is a group of people (who are often elected officials) that meet to discuss, deliberate, or vote on something.

The council convened to discuss the upcoming changes in the city’s parking policy.

To counsel is to advise or offer advice.

The speaker counseled the group on best practices for creating new parking policies.

Stationary means that something doesn’t move. It’s fixed in one spot.

We wanted to pull the tables together at the restaurant, but we couldn’t because they were stationary.

Stationery is a form of paper. You know, it’s the paper with the company logo that businesses use to write actual letters on when they contact you by snail mail. It can also be fancy paper that people used when writing letters to people.

After dinner, she used the place mat as stationery and wrote a letter to her friend. 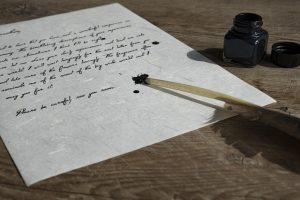 One Word or Two?

“All together” sounds just like “altogether,” and “everyday” sounds just like “every day.” So how on earth does anyone know which one to use? Here are a few quick definitions and tips to help you keep these types of similar words straight.

Everyday vs. every day

Everyday refers to something that is common, ordinary, and used daily.

Every day refers to each day. (If you can replace every with each you want to use two words.)

Every day I see everyday people shopping at the market.

Already vs. all ready

Already refers to something that happened in the past. It refers to time.

All ready refers to being prepared.

I was all ready to go to the club, but my friends had left already.

Awhile vs. a while

Awhile is an adverb that means “for a time.”

A while is a noun phrase (the article “a” plus the noun “while”) that means “for a period of time.”

To help remember which one to use, think back to your grammar lessons. Awhile is an adverb. (In case you forgot, adverbs modify adjectives, verbs, or other adverbs. They’re usually those words that end in “-ly.”)

If you can replace awhile with another adverb, such as “patiently” or quietly,” you know you’re using the right word.

It took us a while, but we finally made it to the shore and sat on the beach awhile.

Altogether vs. all together

All together means “a group.”

I was altogether amazed that our high school class was all together again.

Everyone vs. every one

Everyone is a group of people. (If you can replace everyone with everybody, you know you’re using the right word.)

Every one refers to each one.

I bought everyone a flashing necklace for the concert, but every one seemed to be damaged.

Is That Really A Word? 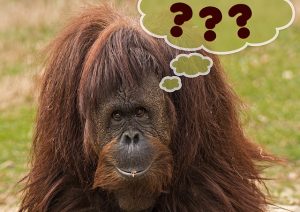 Sometimes we say things that sound like real words but aren’t. Sometimes the words we speak are incorrect pronunciations of real words, and it isn’t until we actually try to write them that we question whether they truly exist.

Check out the list below to see the commonly misused word, the correct word, and its correct spelling and usage.

Supposedly, Miles is going to meet Saul for an important meeting on Monday.

This is a lot like the previous example. “Undoubtably” isn’t real word. It’s an incorrect variant of undoubtedly.

You will undoubtedly earn high marks on your essay for understanding how to use words correctly.

When we speak, we often use the contraction “could’ve,” “should’ve,” or “would’ve” to mean could have, should have, or would have. This usually sounds a lot like “could of,” “should of,” and “would of.”

Could of, should of, and would of, though, aren’t grammatically correct and shouldn’t be used.

Also, in academic essay writing, you should usually avoid contractions and write “could have,” “should have,” and “would have” instead.

I should have written a better essay. In fact, I would have, if I could have.

While “‘til” is generally accepted in spoken English and some informal writing, you should always write “until” in formal essays.

The prof waited until everyone was seated before announcing that there would be a pop quiz.

“Irregardless” is one of those words that’s often accepted in informal conversation or dialect. However, most scholars agree that, because the word regardless means “without regard,” the “-ir” prefix is redundant (thus making “irregardless” an unacceptable word in formal writing).

Regardless of what you say, I’m going to the concert Friday night. 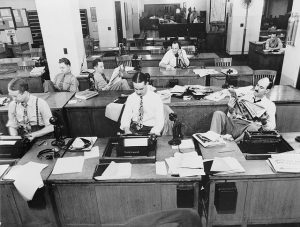 Now that you have an understanding of some commonly misused words, here’s what you can do to make sure your paper makes the grade.

Still not sure you can spot commonly misused words? Take a look at these two essays to see what the writers do well (and to see if they’ve misused any words).

Did we miss any words that you struggle to use correctly? Tell us in the comments!