The Ultimate Guide to the Perfect Word Choice for Your Essay

Despite what our mothers may have told us when we were testing the more “colorful” side of language as children—raise your hand if you know what soap tastes like—there’s no such thing as a “bad word.”

There are, however, words that are inappropriate for a given situation.

Obviously, you know better than to include explicit language in an academic paper. But other nuances of word choice in essay writing are not so obvious.

Ideally, the words you select should not only convey your meaning and argument, but they should also do so with the right tone and the right connotation—without offending or confusing anyone.

If this sounds like a tall order, then you’re in luck. In this post, I’ll provide helpful tips and strategies to help you choose the best words to make your point while sidestepping any linguistic faux pas.

Why Is Word Choice Important in an Essay? 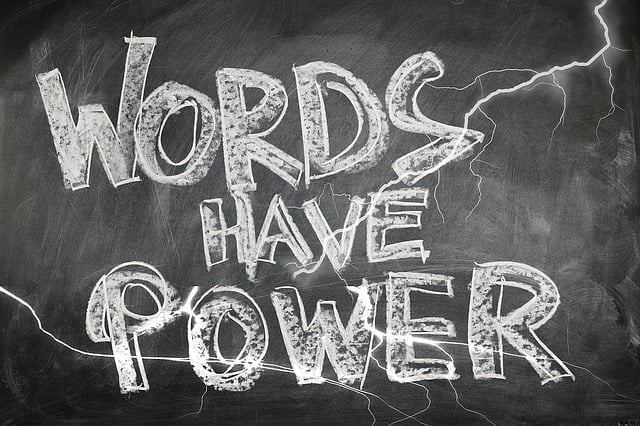 You’ve certainly heard the phrase “words matter” before. But in an essay, they really, REALLY matter.

In an essay, you have a goal in mind. You might be trying to persuade a university to admit you, to convince your readers that tomatoes are indeed fruits and not vegetables, to inform your readers about the importance of squirrels, or to describe each painstaking step of building a Pokemon card deck.

Regardless of your topic or the rhetorical situation, your goal—your purpose for writing—is important, and the right words help you achieve it.

Furthermore, solid word choices improve your credibility as a writer. They let your readers know that YOU are a knowledgeable, confident authority on your topic and that you’re professional enough to gauge the formality of the rhetorical situation.

That’s a fancy way of saying you know how to say just the right thing.

Finally, careful decisions about your word choice help you avoid alienating, annoying, or confusing your readers—even when you totally didn’t intend to!

Avoiding the most common problems with word choice boils down to a few simple guidelines:

Let’s look at some examples of these principles on word choice in action. 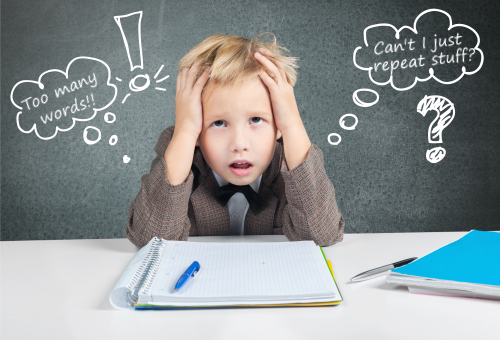 When I was in high school—and later in my undergrad—whenever the teacher assigned essays, there were always predictable groans among my classmates. What was it that stressed us out the most? The subject matter? The due date?

No, dear reader. Our shared anxiety was about the word count. I can remember thinking, “1,500 words?! THAT’S SO MANY WORDS!!!”

Facing this challenge as a fledgling writer, I chose (less than ideal) tactics to hit word count requirements: make things as complicated as possible, repeat myself, over-explain everything, and use flowery language.

As time went on, I slowly realized that these techniques were hurting my grades and making it harder for me to organize my thoughts.

Not sure what I mean?

Here’s an example I found from this post on excessive wordiness:

“When the process of freeing a stuck vehicle that has been stuck results in ruts or holes, the operator will fill the rut or hole created by such activity before removing the vehicle from the immediate area.”

Let’s break it down:

This is what’s known as redundancy. Sometimes, redundancy is great.

Building a bridge? You probably want extra support beams in case one of them breaks. Flying to Mars? Maybe build some extra life support systems in case something goes wrong with the primary one.

While redundancy is a GREAT idea in engineering (thanks, engineers!), it’s not a good idea in writing.

Why not? Redundancy gets in the way. It takes up unnecessary space, so you don’t have as much room to develop your argument, show off your ideas, and say things that actually matter.

Redundancy also makes it hard to understand what your point is because the reader has to work harder to figure out what you’re getting at. You might even confuse yourself.

And when your prof gets to your paper after marking 20 others and having a couple glasses of scotch, redundancy will make him grumpy and/or sleepy. NOT GOOD! You want to make your prof’s life easy … not make him feel like this: 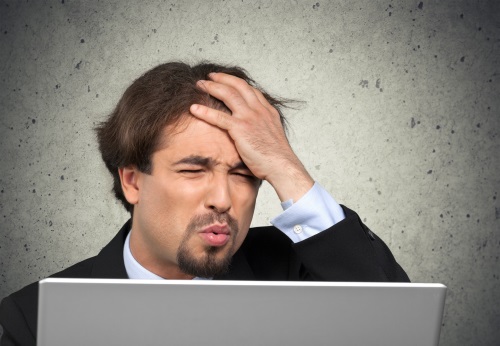 “When the process of freeing a stuck vehicle that has been stuck results in ruts or holes, the operator will fill the rut or hole created by such activity before removing the vehicle from the immediate area.”

“…that has been stuck” is redundant with the first part of the sentence,“When the process of freeing a stuck vehicle.” Why repeat it? It’s just confusing.

Here’s the sentence without redundancy:

“When freeing a stuck vehicle results in ruts or holes, fill them before removing the vehicle from the area.”

Here are some other common examples of redundancy (with corrections):

Think about what your key message is for each sentence, each paragraph, and the document as a whole. Try to be clear, direct, and concise. Be mindful of word choice.

Remember that the point of writing is to communicate. It’s no good if your readers feel like they just finished binge-watching Lost after reading your paper (seriously, what was that show even about?). 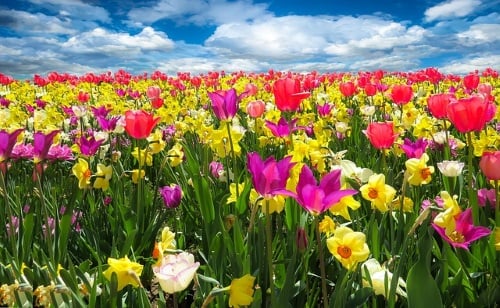 Let’s look at another problem related to redundancy, but a little bit different.

Say I want to describe the problem of complicated and flowery language. I could write something like this:

Some errant but well-intentioned scribes, in a wayward attempt to imbue their words with as much of Newton’s force as their scribbling digits can muster, deploy innumerable adjectives of rare and curious vintage, all in the Sisyphean hope that the ones who ultimately feast their eyes upon their assembled lexis might not remark on the absence of quality in the burning light of quantity. Alas, their heroic efforts often have all the utility of a fine mesh door on an undersea submersible.

Two sentences, 82 words! But what’s the point? Do all those adjectives help you understand me, or are you scratching your head and thinking about heading back to YouTube?

Given the quality of sloth and cat videos recently, I’m betting on the latter. (Seriously, how cute is this?!)

Instead of the verbose nonsense above, it’s much better to write this:

Some writers use as many adjectives as possible to try to make their writing sound better. This is usually as useful as a screen door on a submarine.

(Check out this great read on avoiding words that sound smart. It even has a flow chart! Or read this post on sticky sentences to help you keep your writing clear and concise.)

Okay. So we’ve covered redundancy and flowery language. I’d say these are two of the most common problems in students’ writing—and two of the easiest ones to fix.

Let’s look at some other ways that you can step your word choice up a notch.

3. Choose the Right Level of Formality 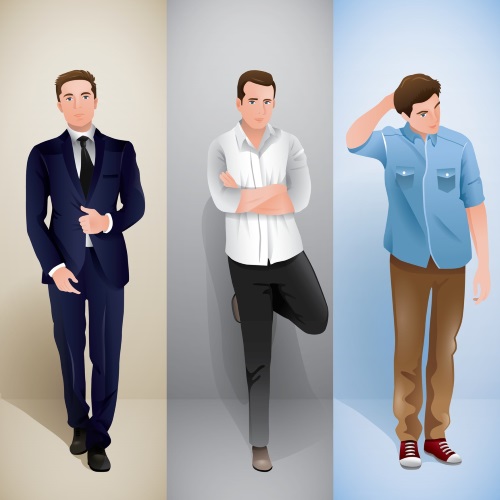 Okay, okay. I know I just finished telling you to keep it simple … but that doesn’t mean you should write the same way that you would speak to your friends. You have to know your audience.

If your teacher has ever suggested that you “improve your diction,” he’s suggesting that you use more formal vocabulary. In most essays, it’s a good idea to err on the side of “more formal” with word choice, though.

Here are a couple ways to instantly boost the formality of your writing without turning your paper into a flowerbed:

Let’s pretend you’re writing an argumentative essay. Your teacher probably won’t take you very seriously if you write this:

The government should pay to help people to stop smoking to stop them from getting all kinds of gross diseases and so other people don’t have to breathe that nasty stuff.

I mean, the idea is sound, but c’mon. Let’s elevate that diction:

The US government should fund smoking cessation programs to reduce the incidence of smoking-related diseases and prevent bystanders’ exposure to harmful secondhand smoke.

What a difference, eh?

The ideas are nearly identical, but by removing contractions, using more specific terms, and choosing stronger and more descriptive nouns and verbs, the second version sounds much more professional. It says, “I am taking this topic seriously, and so should you.”

Look—writing can be tough. Sometimes you might lose your mojo. But—much like with informal diction—when you use vague and weak language, you subtly tell your readers not to take you and your ideas seriously.

“There seem to be a bunch of possible problems with this policy process.”

Let’s look at some of word choice at play here:

How about this instead:

Or imagine that you’re hiring someone, and you have two cover letters in front of you.

Resume 1 says, “I think that I may be able to make a modest contribution to the team.”

Resume 2 says. “I am confident that I will make a strong contribution to the team.”

Most of us would hire the author of the second letter because confidence sells! If your resume isn’t up to snuff, the hiring committee will notice. Similarly, if you’re writing an essay and your argument is weak, readers will figure that out on their own.

When you use vague and weak language, your readers don’t get the chance to take your ideas on their merits. You’re subtly telling them that your ideas are bad.

There’s nothing worse than an essay that’s full of potential but that falls flat because of wishy-washy, insecure language that makes you sound unsure of yourself.

… meh. Unless you’re genuinely highlighting the uncertainty of a situation or fact, you should avoid using words like these because they call your confidence into question.

Take a look at one more example. Which one of these sounds stronger and more certain?

Because a number of death row inmates appear to have been mistakenly imprisoned for crimes they did not commit, I believe the death penalty should probably be abolished.

A number of death row inmates has been mistakenly imprisoned for crimes they did not commit, so the death penalty should be abolished.

The second one, right? Take a stance, and be confident as you state facts and claims. Your writing will be stronger for it.

For more tips on writing with confidence, check out this great post: One Persuasive Writing Technique You Can’t Write Without.

Sometimes seeing these elements at work in other students’ essays (or how students masterfully avoid them) can help you learn how to write concise, credible, and strong essays that command your prof’s attention … and that translate into good essay marks.

Have a specific type of essay due? Check out these example essays for inspiration:

Have a different type of essay due? Search Kibin Essay Examples for exactly the type of essay you’re writing, and learn from good and bad word choices. 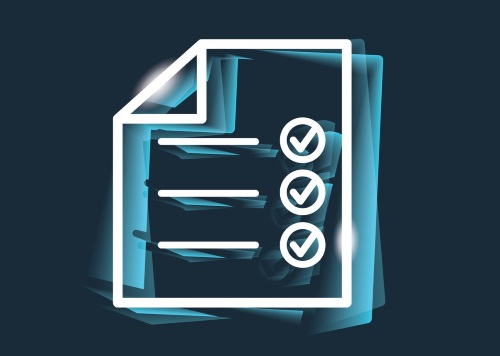 Words matter. You can use them more effectively by following a few simple guidelines.

It just gets in the way. Don’t make things more complicated than they need to be.

3. Choose the right level of formality

Don’t swear at Grandma. Don’t email your new boss to say that you love her.

Vague and weak language tells your readers that they shouldn’t believe you. Strong, direct, specific language shows off just how smart you are!

If you need help with any of the above, the Kibin editors are rockstars at finding and fixing exactly these types of writing problems.