3 The Handmaid’s Tale Themes to Analyze in Your Essay

You’ve just finished reading The Handmaid’s Tale. You know the plot backward and forward. You know all about chemical spills, the oppression of women, declining fertility rates, and the story of a Handmaid (Offred) and her life in a totalitarian society.

The problem? You haven’t quite figured out what it all means.

If you’re struggling to understand The Handmaid’s Tale themes, keep reading to learn more about three key themes to analyze in your essay. (I’ve also included essay ideas to help you get started with your analysis and a few example essays to help inspire your writing.)

As you consider The Handmaid’s Tale themes included in this list, keep in mind that a theme is different than the plot.

The plot is what happens in the story. In this case, the plot revolves around the tale of a Handmaid named Offred.

A theme is an underlying meaning (or message) of the story. In this case, The Handmaid’s Tale themes include the dangers of complacency, freedom (or lack thereof), and power in a dystopian society. 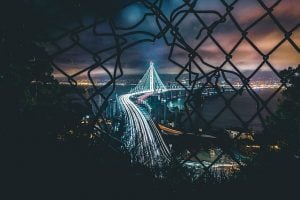 People (especially women) who live in Gilead have seen their freedoms, including education and intimacy, stripped away in their now-totalitarian society. Women are no longer known by their own names, but as titles that reflect their roles in society (Handmaids, Wives, or Marthas).

Yet even though freedom has all but vanished, many simply do as they’re told. As long as they receive some concessions, something tangible that they see as a benefit, they’re happy.

Essentially, they become complacent, and this has allowed increasingly more freedom to be taken away.

The Guardians of the Faith and The Eyes are prime examples. They have little control over their own lives, but they’re essentially spies watching over others. Because they have this seemingly small amount of control, they’re more willing to accept their roles and the rules of society.

Their complacency continues as long as they’re given some amount of control (over something or someone). People become so accustomed to their lives that they don’t always see the true dangers of living in a society in which they’re under complete control of the government.

Connect the theme of complacency to current political and social debates.

Many people today worry about freedoms being stripped away. Consider connecting The Handmaid’s Tale to current discussions of gun control, abortion, or freedom of speech.

Looking for further inspiration? Check out this example essay that connects The Handmaid’s Tale to current society. 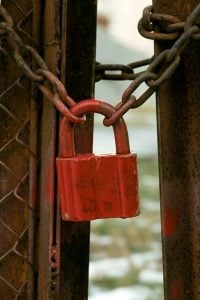 The Handmaid’s Tale takes place in a society now called Gilead. It’s a dystopian society where freedom is virtually non-existent.

Gilead, though, is the new name of the society. It used to be called the United States.

Many citizens in Gilead still remember what life was like in the US before the rebellion. The narrator, Offred, for instance, often thinks back to her lost freedom, her separation from her family, and her inability to continue any form of education.

In Gilead, both men and women are repressed sexually. They have no freedom to choose their own sexual partners or experience intimacy. Education is also prohibited. After all, keeping people uneducated means that the totalitarian government can maintain control over society.

As in many dystopian novels, most citizens of Gilead are content to accept their new lives and lack of freedoms. But there are some, such as Moira, who never accept the loss of freedom and continue fighting for independence.

Examine how The Handmaid’s Tale fits into the dystopian genre and compares to other dystopian novels.

Oppression and lack of freedom is a common theme in dystopian novels. Consider examining how the theme of freedom in The Handmaid’s Tale fits into the dystopian genre.

You might also write a comparison and contrast essay to compare the theme of freedom in The Handmaid’s Tale to other dystopian novels, such as 1984 or Fahrenheit 451.

Discuss how the novel The Handmaid’s Tale is similar to or different from other adaptations.

The Handmaid’s Tale was made into a film in 1990 and more recently adapted as a television series in 2017. You might compare the film and television versions. Alternatively, you could compare one or both video adaptations to the original novel.

The government of Gilead exerts total control over its people. Through force and violence, the government obtained power. It uses the same force and intimidation to maintain power.

The government engages in war with surrounding countries and uses the same violence on its own citizens. Public hangings serve as torture to victims and as ominous warnings to others who may consider breaking laws.

Under totalitarian rule, people not only lose their identities and freedoms, but also must follow strict rules in public regarding how they speak to each other.

Citizens, for instance, are watched by military personnel and spies, known as Eyes. Handmaids are even kept in constant fear by the Aunts, who have the power to abuse and torture Handmaids.

The government continually uses this level of intimidation and violence to keep people fearful of consequences and thus subservient to those in power.

Compare Gilead to one or more governments in history.

Examine the rise of authoritarian governments throughout history, such as communism in China or the rise of Nazism in Germany. Consider the methods used by the government to obtain power and maintain control over its citizens. Does the government of Gilead use any of the same techniques? 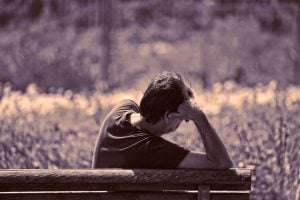 You might have a few vague ideas for your paper on The Handmaid’s Tale themes but have a massive case of writer’s block and simply can’t put pen to paper (or fingers to keyboard). If you’re feeling that way now, try these 4 proven ways to overcome writer’s block.

Sometimes writing means you have a ton of broad ideas for a paper but are still struggling to narrow a topic and find the perfect idea for your paper.

If you’re still working on just the right focus, check out these example essays for ideas:

Sometimes writing also means you have a bunch of ideas swirling around in your head but aren’t yet sure how to put them all together into an effective essay.

If you’re in need of a little more help with essay writing, use these additional resources to help you get started:

And of course, sometimes writing means you have a completed draft of paper that is supposed to analyze a theme but you aren’t sure whether you’re simply rehashing the plot or writing a thoughtful analysis.

If you’re in need of an expert’s opinion, send your paper to Kibin.