What Is a Claim in an Essay, and How Can You Make Yours Good?

In Greek Orphic tradition, Thesis, the goddess of creation, is worshiped for creating all of the matter we see in the world today.

In the academic writing world, it feels as if we are often worshiping her ourselves. 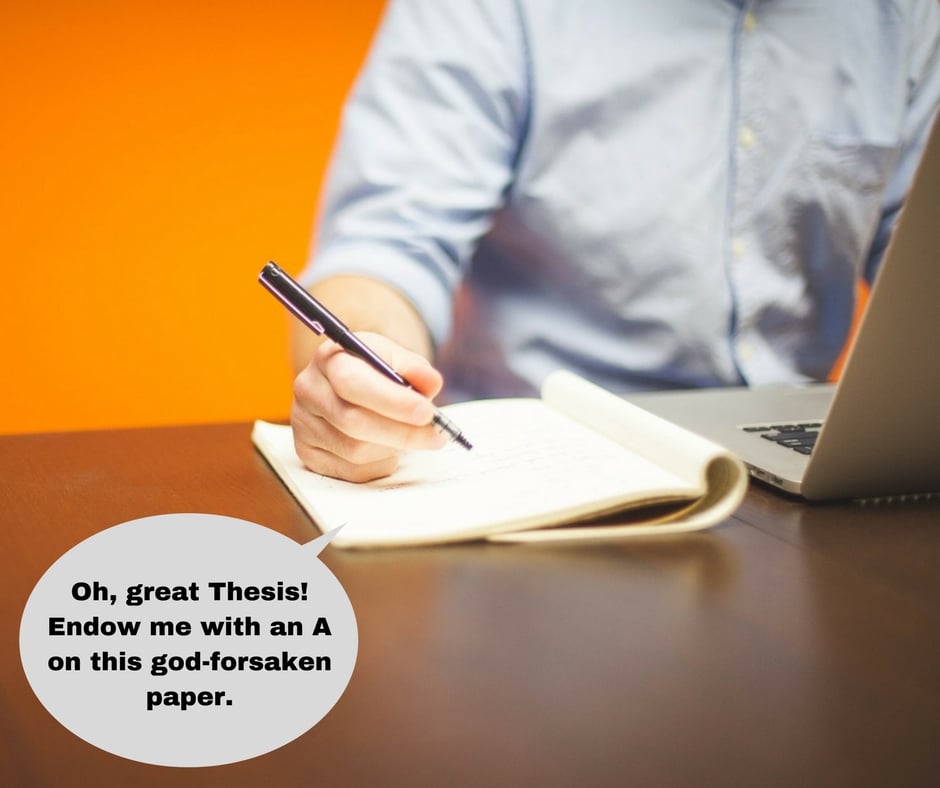 I mean, your thesis statement is kind of like the bedrock on which your paper will either live and breathe, or dissolve into primordial soup.

So it’s important that you have a solid grasp of what a thesis statement is and how to best formulate it, which is why we’ve spent so much time on the subject here at the Kibin blog.

Yet before we create our own thesis statement, it’s best that we understand the parts that make one up.

So what is a claim in an essay?

That’s what we’ll be talking about today. Before you formulate that all-important thesis statement, you must know what a claim is and how you can make yours good.

What Is a Claim in an Essay?

The purpose of most essays is to tackle a debatable topic. You begin by researching a topic and then choose a side. That’s where claims come in.

At its simplest, a claim is an argument.

However, not all arguments are created equal. For example, the old man down the street might think his climate change argument is perfectly logical, but that doesn’t mean it belongs in an academic essay. 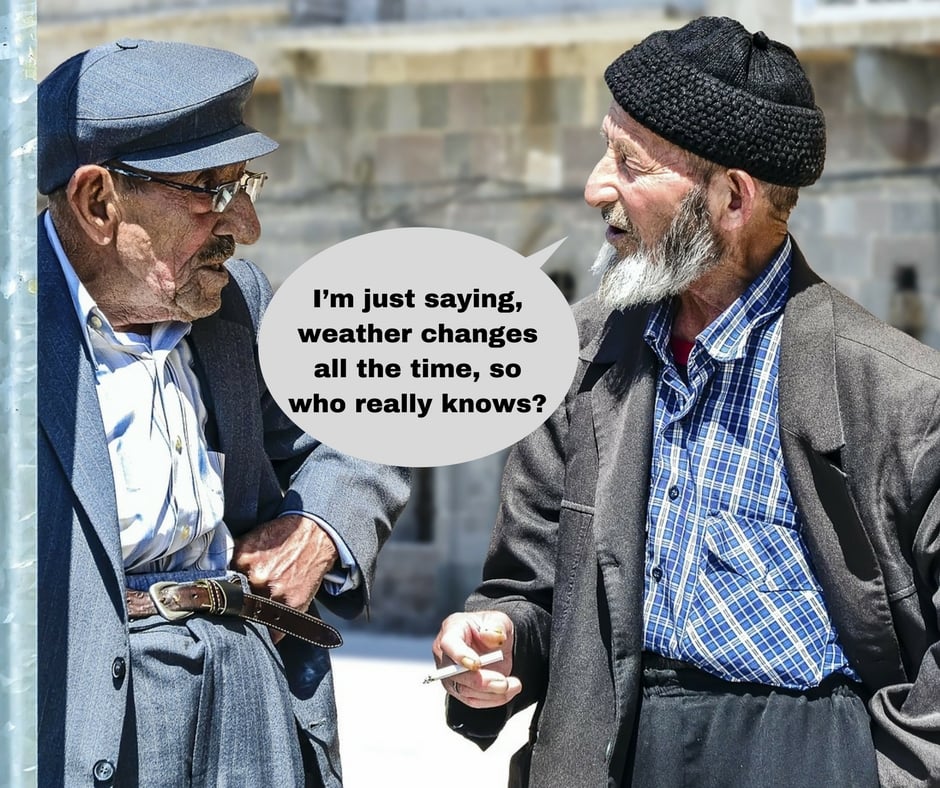 For an academic claim to be worthy of a place in your essay, it should be complex, debatable, supported by research, and focused on the facts. No opinion allowed.

So how does this differ from the thesis? I thought it was your main argument.

Well, yes, it is. But while the overall gist of your thesis may be that climate change is bad, claims are the specific arguments that make up your thesis (e.g., widespread drought will lead to an increase in terrorism).

If we agree that the thesis is the backbone of your essay, then the claims are the vertebrae.

Now that you can answer the question that brought you here—what is a claim in an essay?—let’s look at how claims might differ.

Are There Different Types of Claims?

Although each of your claims will present an argument, not all claims will take the same approach to those arguments.

Although each of your claims will present an argument, not all claims will take the same approach.

There are several approaches to making a claim. Here are the five major ones:

A claim of fact argues whether something is true. A claim in this category must be debatable. “The earth is actually flat” is not a valid claim. If you’re going to challenge something that has long been considered fact, you must be able to back it up with research.

For example, there’s competing research on how and when the dinosaurs went extinct. You could make your own claim on the matter if you have the research to back it up.

A claim of definition argues how something is defined. The idea is that you argue one thing is another thing, even though some people don’t consider it to be.

For example, you could argue that mass shootings in the United States should be considered terrorist attacks.

A claim of cause and effect argues that one thing causes another. Again, it must be debatable. Smoking causes cancer. There is no argument there.

For example, you could argue that money in politics leads to the ineffectiveness of congress.

A claim of value requires you to argue how good or how bad your topic is. You’re going to want to steer clear of opinion here. “Baseball is the best sport” is not a valid claim because any support you come up with will be steeped in opinion.

On the other hand, you could argue that climate change will be the greatest geopolitical crisis of your lifetime.

A solution claim, also referred to as a claim of policy, takes the previous category a step further. Whereas value claims often argue how bad something like climate change is, a solution claim argues how we can best fix the problem.

For example, one could argue that the decriminalization of drugs would lower overall drug abuse rates.

What Makes a Good Claim?

Now that we’ve talked about the various ways in which you can approach a claim, let’s talk about how to ensure that your claims are good, no matter which approach you take.

You may have noticed a few warnings interspersed with the examples above. That’s because there are certain pitfalls that can tank your claims—and in turn your essay—if you’re not careful.

A thesis is supposed to be quite narrow in its scope. Your claims are even more narrow arguments within that argument. So needless to say, your claims should not have a broad focus.

Be specific about what you’re claiming, and consider breaking your claim into multiple claims if it covers too much area.

In and Out burgers are the best fast-food hamburgers. This may be true. You have my vote. But that doesn’t make this an academic claim.

This is a dead-end claim because it’s purely based on opinion. You can talk about the quality of beef all day, but some people genuinely prefer burgers made out of crappy beef. This is a sad fact of life.

An errant claim with nothing to back it up is like a kite with no string. It looks good, but it’s not going to work like you want it to. 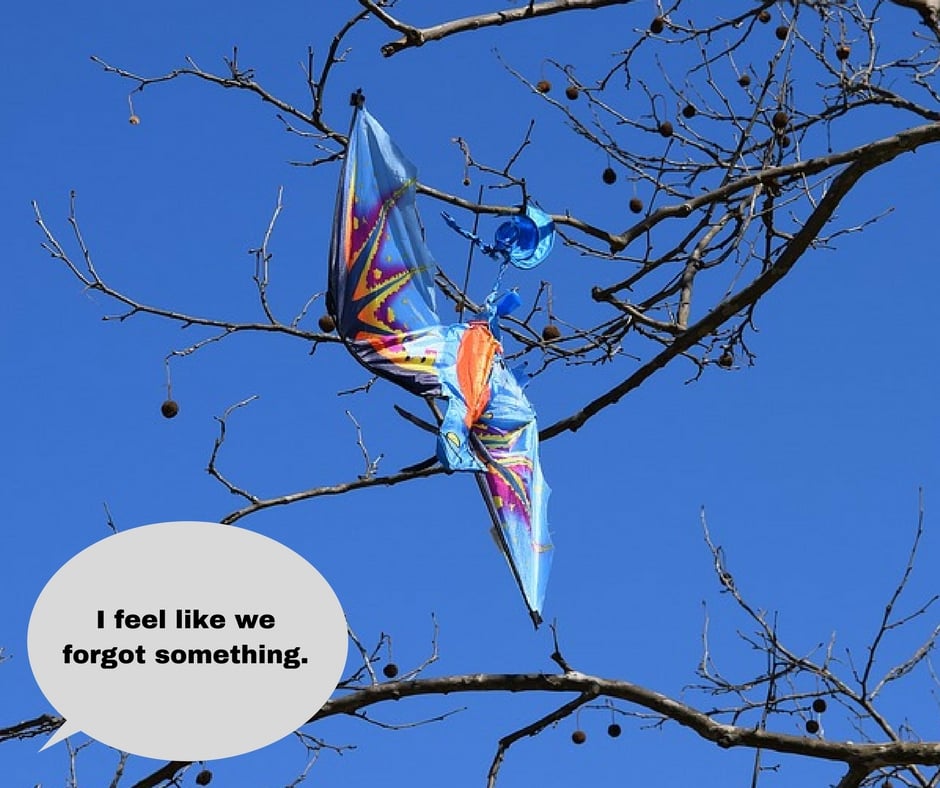 So make sure you only include a claim if you’ve done the research to support it within the body of your essay.

What About Counterclaims? Should I Worry About Them?

So now that you’ve developed some strong claims that can be used in your academic essay, it’s time to look at the flip side.

Although you have lots of great research to back up your arguments, you still have to address your detractors.

A strong claim is supported not only by research that proves it, but also by the accompanying research that refutes the potential counterclaims. For example, let’s say your paper is focusing on climate change and the dangers that it poses.

Addressing readers’ potential counterarguments will make your essay and your claims even stronger.

As we wrap up this post on claims, let’s circle back and talk about that celestial body around which your entire essay orbits: the thesis statement.

Remember, strong claims are the building blocks of a good thesis. If your claims are weak, the gravity of your thesis will be too. 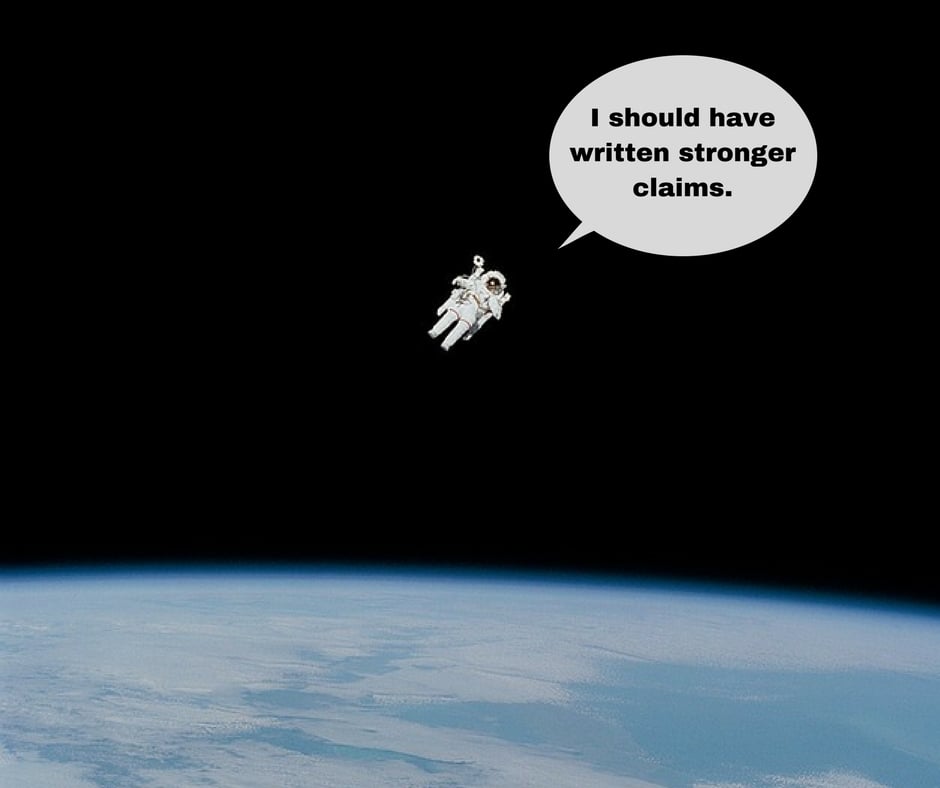 The main purpose of the thesis is to do two things:

Your thesis should go at the end of your introduction so that your claims can serve as a road map of the rest of your essay.

After the thesis, you will begin to tackle each claim, one by one, supporting the claims in the body of your paper with research.

In a traditional five-paragraph essay, you’ll have an introduction at the beginning and a conclusion at the end. Between the two, you will have three body paragraphs, each one focused on supporting one of your claims.

However, many essays are shorter or longer than five paragraphs. Depending on the assignment and subject, you paper could have more than three claims or only one. This will depend on the scope of the project.

No matter which it is for you, follow the above advice and your claims will be strong, and in turn, your paper will be too. If you’re still unsure about your draft, send it over to the editors at Kibin. They will ensure your claims are strong.