It’s a bright, sunny summer day, and you and your friend decide to walk to the beach. You cut through a park and encounter a woman walking a German Shepherd dog.

When you meet up with your group at the beach, your friend tells a story of how you were almost attacked by a vicious dog, how the woman could barely hold the German Shepherd back, and how you were thankful that you escaped with your lives.

You stare at him, puzzled. That’s not at all how you saw it. You’re sure that his version of the story is colored by his deathly fear of dogs, but an attack? Really?

You call out your friend and tell the others that a woman was, in fact, walking a German Shepherd in the park. The dog did, in fact, bark at you, but she pulled him back. Then, after two barks, the dog stopped, and all of you continued on your way. This was nothing even close to an attack, and there was no reason to be in fear of anything.

This type of scenario, in which people view the same event differently, is at the heart of a historiographical essay as it examines how a subject or event is viewed differently by historians.

Looking for a little more clarification or feel like you don’t know what you’re doing when it comes to this type of essay? Keep reading to learn how to write a historiographical essay.

What Is a Historiographical Essay? 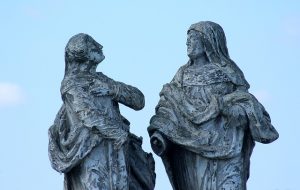 This type of essay is all about employing historiography, or the the study of how history has been written about. In the essay, you analyze a topic or subject in history to examine how it is discussed or argued by various authors.

The historiographical essay is not like the elementary school report in which you review a few sources and write everything you know about a topic like the Civil War or Christopher Columbus.

The historiographical essay is also not a comparison and contrast essay in which you only compare differing opinions.

Instead, the goal of the essay is to analyze the differences in how a historical topic or subject is treated and to discuss possible reasons for such differences (including the impact of such opinions).

An example to help define a historiographical essay

Let’s look at Christopher Columbus as an example.

Anyone writing about Christopher Columbus today obviously wasn’t alive during the 1400s when Columbus landed in the Americas. This means that historians must examine available information to draw conclusions about what occurred during this time period.

What happens, though, when historians reach different conclusions based on their respective research?

Historian A, for instance, might see Columbus as a heroic explorer, arguing that his journey to the Americas was difficult and harrowing and that he changed life forever by connecting the world.

Historians B and C, on the other hand, see Columbus as a brutal savage who enslaved indigenous people.

These differing conclusions between historians would become the core of your historiographical essay about Christopher Columbus. 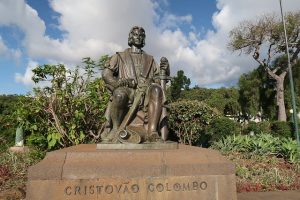 In looking at the impact of the opinions about Columbus, you could consider what students have been taught about him.

Because Christopher Columbus was, for the most part, praised for “discovering” America, he was honored as a great explorer. His accomplishments were taught to almost every child in public schools, and he was even honored with a national holiday.

In recent years, however, historians’ views of Columbus have changed. Those changes have altered not only how his legacy is taught to children but, in some cases, have even resulted in renaming Columbus Day as Indigenous Peoples Day.

In this case, it’s clear that historians’ views can impact entire generations as those views change what is taught to children and what society knows and believes about Columbus.

Okay, now that you have a better understanding of what a historiographical essay is, let’s get to the “how to” of writing this essay.

How to Write a Historiographical Essay

Follow these five steps to turn your ideas into a finished historiographical essay.

If you haven’t already been assigned a topic, you’ll need to choose something to write about.

Remember, don’t choose something extremely broad like The Great Depression as your essay topic. While this works well as the general focus for your paper, you’ll want to narrow your discussion. You might, for example, focus on one or more causes or effects of the Depression and, of course, historians’ varying views on the events.

Need help with generating topic ideas? We’ve got you covered. Check out these posts for inspiration:

Step 2: Do the research

If your goal is to analyze how writers view a topic, it makes sense to research their opinions or arguments.

So where do you look for sources? There are tons of places to find credible sources—actual libraries, your textbooks, databases, interviews, and even some websites.

Here are two resources to get you started with your research:

Remember, when you integrate information from sources, you’ll need to cite appropriately.

Check out these posts to help with proper citation: 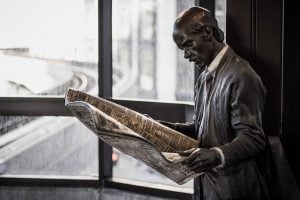 When you analyze sources, you need to do more than just skim through the information.

Take time to critically read the information, and as you read, annotate your sources. Write notes in the margins, ask questions, and look for common (or differing) themes or arguments between sources.

I know analyzing and annotating takes time, but it’s worth it in the end. This type of deep reading enables you to fully understand the texts and helps you make the connections necessary in order to write a successful historiographical essay.

Step 4: Outline and organize your essay

After you’ve read, annotated, and analyzed your sources, it’s time to organize your ideas into an outline. (Not a fan of outlines? Try a graphic organizer.)

If you’ve never written a historiographical essay, you might be asking, “How exactly do I organize my ideas?” It’s a valid question.

Here are a few suggestions.

History of the topic/subject

You could organize information to illustrate the progression of thoughts on the topic/subject over time.

You might begin with one writer’s arguments and then examine works that followed the original publication. Trace the argument throughout the years to examine how it has evolved.

In the Christopher Columbus example, you might examine how historians’ conceptions of Columbus have evolved, in some senses, from “valiant explorer” to “brutal savage.” 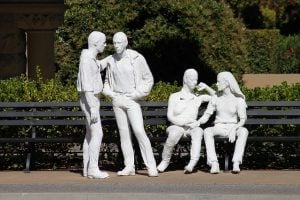 You could also organize information to illustrate various arguments surrounding the topic/subject, sort of like a compare and contrast essay.

You might encounter arguments that directly oppose each other. But you might also find that arguments aren’t quite as black and white. They may share some common ideas but differ on only a few major (or minor) points.

If analyzing works written about Columbus, you might examine contrasting views of Columbus (either as a hero or as a villain).

Smaller components of a problem that lead to the larger argument

Consider examining sources that discuss the same topic but don’t necessarily treat them as opposing views. Analyze the sources to see how smaller groups, individuals, or studies view the same argument. Use this information to draw a larger picture of the argument.

In the case of Columbus, you might examine how various countries have viewed his voyages and role in the Americas. Do historians in Spain, for instance, view Columbus in the same way as those in the United States? How do these viewpoints help create a more complete picture of Columbus and his role in history?

Want to see a few historiographical essay examples before you start working on your own?

Take a look at these essay examples:

Once you’ve decided on a plan of attack (how you’ll organize the essay), start drafting.

If you can’t think of a killer opening, skip it for now, and start with the thesis statement. If you don’t have the wording perfect, relax.

The goal of the draft is to get your ideas in place. The goal is not perfection.

Once you have the basic ideas in place, you can revise and edit your draft as needed to perfect your ideas. (Need a refresher to help you revise? Read How to Revise an Essay and Make It Better Than Ever.) 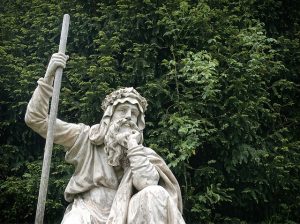 Have a completed draft of your historiographical essay but are looking for ways to make it even stronger?

Review the following posts to help you add the finishing touches to your essay:

Still feel like you don’t quite know what you’re doing when it comes to writing a historiographical essay? Don’t worry, there’s plenty of help available at Kibin. We have expert editors available 24/7 to help you with your draft—whether it’s your first or your fifth.